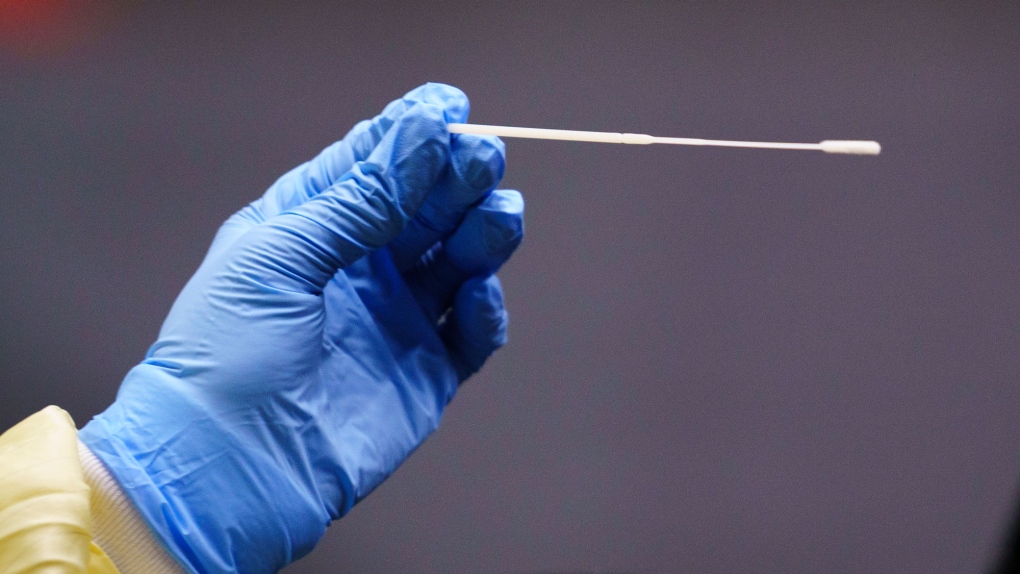 A nurse uses a swab to perform a test on a patient at a drive-in COVID-19 clinic in Montreal, on Wednesday, October 21, 2020. THE CANADIAN PRESS/Paul Chiasson

Thursday marks the third day of double-digit case counts, and comes as a new COVID-19 vaccination centre at the North London Optimist Community Centre opens and the health unit says it aims to have all adult residents vaccinated by June.

Meanwhile, the Thames Valley District School Board is reporting that variants of concern have been identified in cases at two schools.

There are ongoing outbreaks at five area seniors' facilities and in the medicine unit at London Health Sciences Centre's (LHSC) University Hospital, where fewer than five patients and/or staff impacted.

New cases associated with a community outbreak largely among Western University students and linked to off-campus parties held the first week of March appear to be tapering off.

The health unit had reported the outbreak was up from 22 to 45 cases as of Monday, and has added just four more cases bringing the current total to 49.

For a second straight day, Ontario is reporting more than 1,500 new cases.

Canada finalizing deal with U.S. for 1.5M doses of the AstraZeneca vaccine

Time for Canada, U.S. to get serious about how, when to reopen border, experts say

Is herd immunity still possible in Canada? Experts aren't so sure

Even as child-care fees rise, report says many daycares may close due to pandemic