Jenny Raspberry points to the messages she has written on her van windows — seeking a stranger’s help to save her mother’s life.

“My mom, Paulette, needs a kidney. And the best way for that happen is for her to get a live donation match,” she told CTV News London.

For the past month, Jenny and her family have been driving around Kincardine, Ont. with this cry for help on their van and car.

“Our Grammy needs a kidney, Type O blood! Is it you?” reads one of the vehicle billboards. 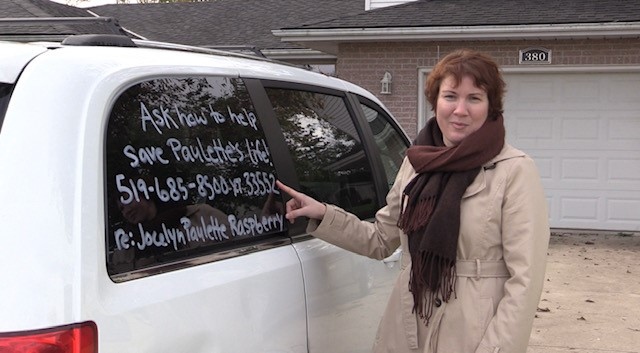 So far, no match, but lots of encouraging words and waves from strangers as the Raspberry family tries to keep their matriarch with them.

“The world is a better place because she’s in it and she wouldn’t do this for herself. She wouldn’t put herself out there, but I’m pretty much willing to do whatever it takes,” said Jenny. “My kids aren’t ready to say goodbye to their Grammy yet.”

Paulette Raspberry has been in need of a kidney for six years. She’s one of over 1,000 Ontarians on the province’s kidney transplant waitlist. No one in Raspberry’s family is a match so far. All that is needed? Type 'O' blood, aged 18 to 70 and relatively healthy.

“We are at the point now where we have to go out to the community and just ask people, do you have it in you to save a life? The time is coming where we’re really going to need that for her,” she said. 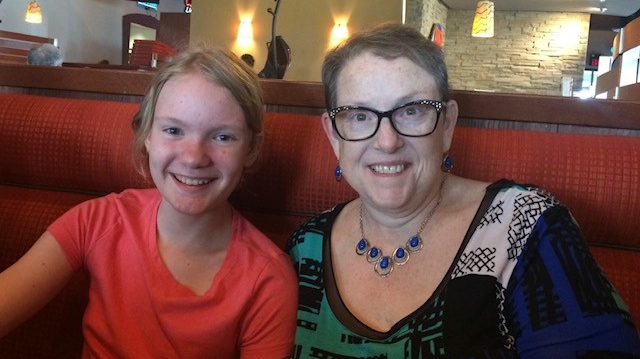 Paulette Raspberry with her granddaughter. (Source: Jenny Raspberry)
Jenny says her mom is shocked by the outpouring of support so far, as she awaits surgery to start dialysis, to essentially keep her current kidneys from totally shutting down. Although no match has been found so far, her daughter holds out hope that someone will see her family’s rolling billboard and save her mother’s life.

“My daughter is really close with her and said I just want Grammy to be there to walk down the aisle with me as my maid of honour. We’re just trying to get the last few years in with her to make all the memories, we can.”

To learn more about Paulette’s need for a kidney, you can visit www.akidneyforpaulette.com.