Damages set at $200K after fire on Wilton Grove Road 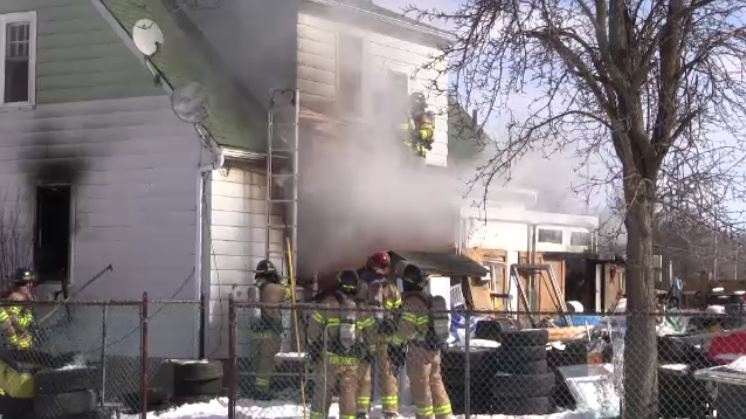 Bitter cold temperatures were just one of the challenges facing fire crews called out to a house on Wilton Grove Road Wednesday morning.

Flames and smoke were pouring out of the home’s windows as emergency responders arrived just before 11 a.m.

Firefighters had to pry off siding trying to track down hot spots in the walls of the two-storey home.

Fire officials say the lone tenant told them he stepped out for a short time and discovered smoke and flames when he returned.

No one was injured however damages are set at $200,000 according to fire officials.

Along with -12C temperatures, firefighters say there were a couple of other complicating factors.

The bedroom where the fire was centered was filled with clutter and the home is an older structure.

District Chief Al Braatz of the London Fire Department explains, "They did say they found some balloon construction, which is the older type of construction, which doesn't have the same kind of fire stopping as our new construction does. So that was a bit of a concern. But the fire did not go structural, into the attic space or into the walls, so we made a real good attack."

Following an investigation officials determined the cause of the fire was careless smoking.

Wilton Grove had to be shut down in both directions from Pond Mills Road to Midpark Road but reopened around 12:30 p.m.