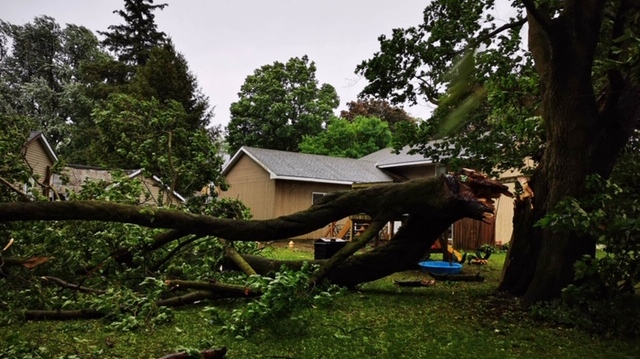 The worst of the damage seems to be in the Blyth and Brussels areas, where several large trees were knocked down by the storm.

Property damage appears to be minimal.

In Blyth, Derek Cherrey watched as the storm tossed tree limbs through the air, narrowly missing his house and vehicle.

In Brussels, a home on Sports Drive had a tree fall, taking out part of a deck.

Hyro lines were also knocked down during the storm, leaving hundreds of people without power in Midwestern Ontario.