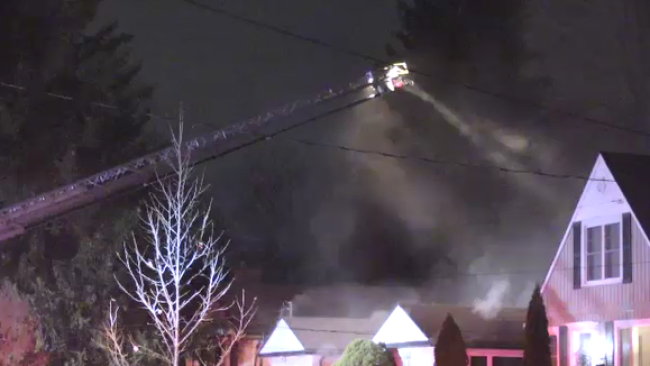 LONDON, ONT -- London firefighters were called to home in west London Tuesday evening after a fire broke out.

Two people were able to escape the fire on Carol Street, and no injuries have been reported.

When crews arrived on scene flames and smoke could be seen coming from the windows.

Crews responded to a structure fire this evening on Carol St. Occupants self-evacuated. The fire is now out. Fire Prevention Investigators are on scene to determine the origin, cause & circumstance. There is no damage estimate at this time #ldnont @LPFFA pic.twitter.com/uDf5Jr5gOE

An aerial ladder was used by firefighters while attacking the blaze.

A fire prevention investigator was called in to assess the damage and determine a cause.