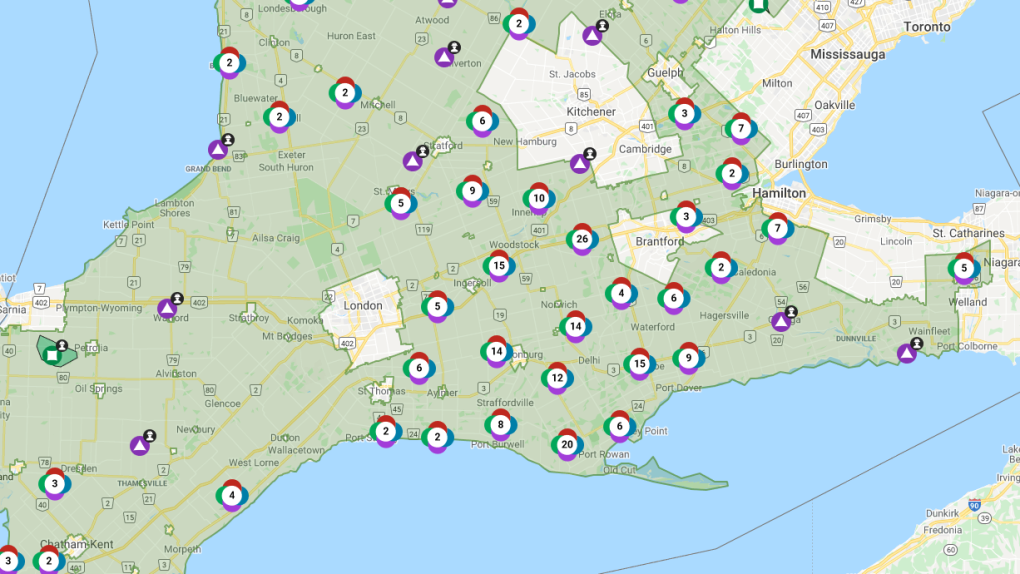 LONDON, ONT -- Hydro One crews will be back at it today trying to restore power to areas still experiencing outages two days after a significant fall storm swept across southwestern Ontario.

Hydro One says they made significant gains Monday in restoring power to thousands across the region, however many remained without power overnight and into the morning.

According to their Storm Centre map the majority of outages remain in Elgin, Norfolk, and Haldimand, however there are outages remaining all throughout southwestern Ontario.

Thames Valley District School Board (TVDSB) has one school still closed as a result of an ongoing power outage.

Hickson Public School will remain closed Tuesday after it was closed Monday as well.

Damage from the storm was widespread as flooding impacted many shoreline communities along Lake Erie with Erieau and Port Dover being the hardest hit.

In Port Dover the winds were so strong several sailboats were toppled over at the marina. 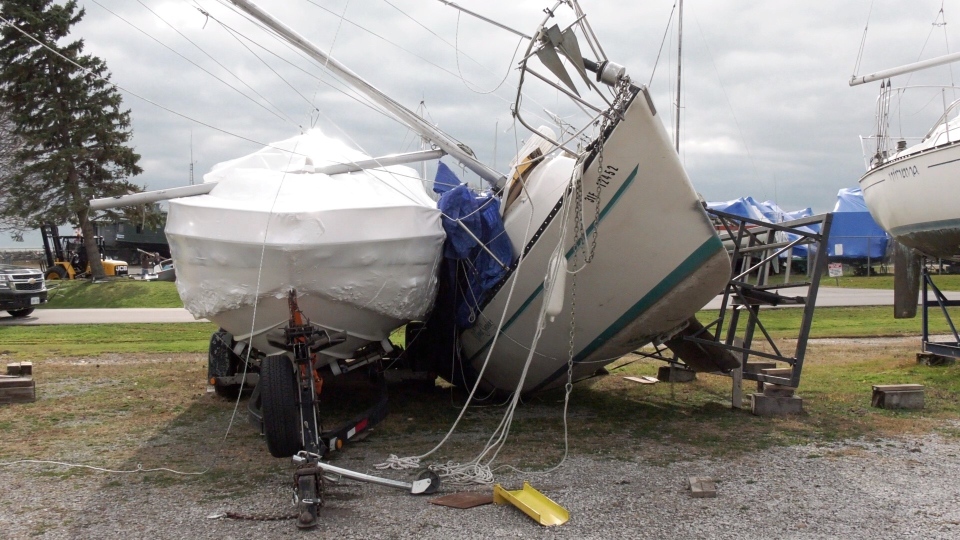 Inland trees and power lines were down all throughout the region, some areas also reported damages to rooftops.

At one point in time nearly 500,000 customers were without power in the province.

By Monday evening power had been restored to more than 330,000 customers.