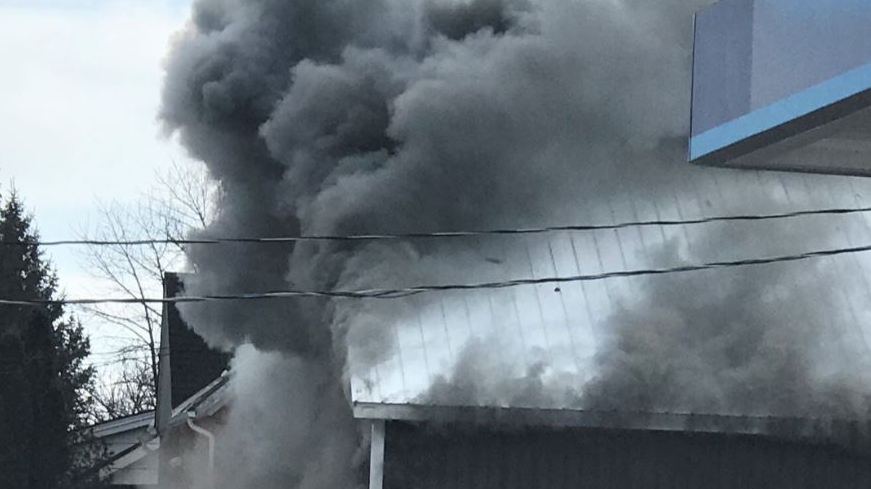 LONDON, ONT. -- Emergency crews sere called to the scene of a structure fire in the Municipality of Meaford on Wednesday.

The Meaford and District Fire Deptartment, EMS and OPP were called to the blaze on Sykes Street North near Grandview Drive around 1 p.m.

It's not clear how it started or if there are any injuries.

Police closed Sykes Street between Grandview Drive and Cook Street and asked motorists to avoid the area while crews remained at the scene.