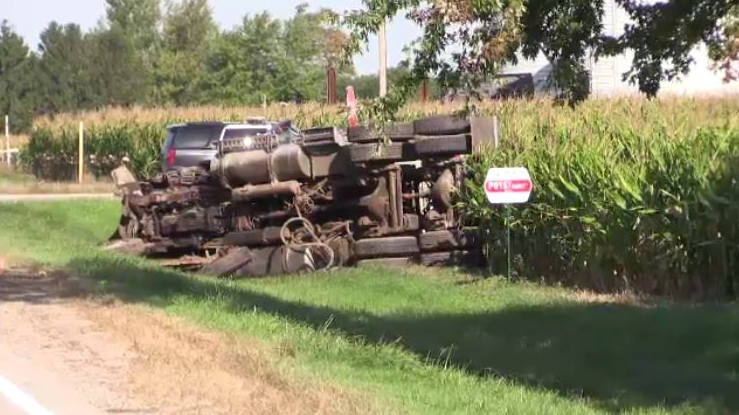 LONDON, Ont. - One person has died following a crash north of the city between a pickup truck and a commerical vehicle Thursday morning.

Emergency crews were called to the intersection of Ilderton Road and Nairn Road shortly before 7 a.m. for a reported two-vehicle collision.

Officials say the driver of the pickup was taken to hospital with serious injuries but has since died. The driver of the transport truck suffered minor injuries and was being treated in hopsital.

Middlesex OPP say the pickup was eastbound on Ilderton when it collided with the southbound transport.

The crash pushed the pickup about 50 metres from the intersection, which is controlled east and westbound by stop signs.

The deceased has been identified as 48-year-old Edward Keuchkerian of Sarnia, Ont.

Police say they are still in the early stages of investigating the collision.

Ilderton Road was closed between Coldstream Road and Bear Creek Drive, and Nairn Road between Hedley Drive and Ivan Drive, but the area has since reopened.

- With reporting from Gerry Dewan