COVID-19 in local schools: Variant found at Saunders and Banting 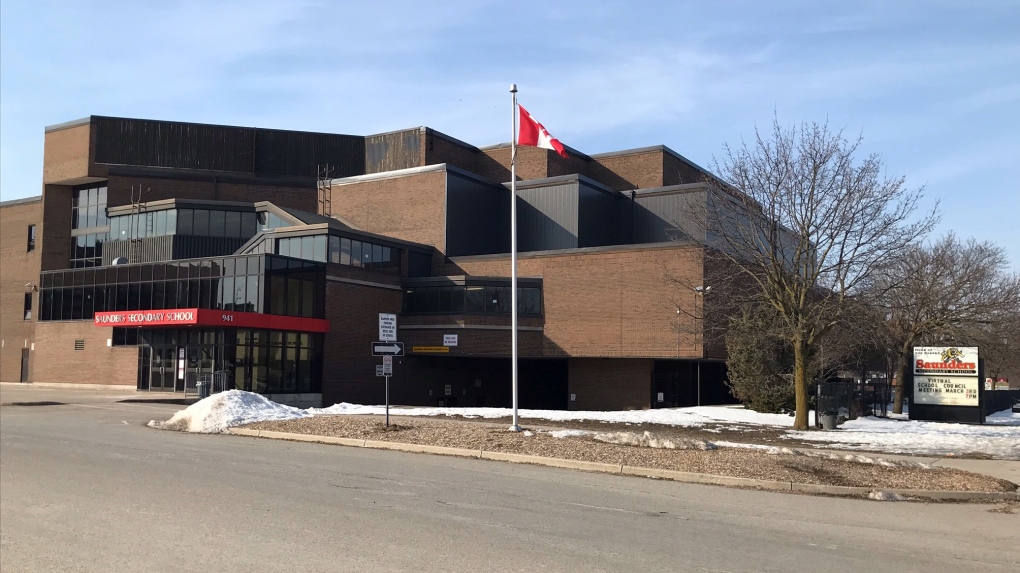 LONDON, ONT. -- A student of Saunders Secondary School and another at Sir Frederick Banting Secondary School have tested positive for a 'variant of concern,' according to the Middlesex-London Health Unit, meanwhile three area schools are currently experiencing outbreaks of COVID-19.

Both the Saunders and Banting school communities are being notified and staff have been following up with close contacts of the cases who were identified to ensure testing and quarantining is taking place.

"All positive tests in Ontario are screened to determine whether one of the variants is present," said Dr. Alex Summers, associate medical officer of health with the Middlesex-London Health Unit over the weekend.

“Our advice to close contacts of this particular case, and their families remains the same; get tested, monitor yourself for symptoms of COVID-19 and limit the time you spend out in the community."

No additional classes will be cancelled and the schools remain open at this time.

According to the health unit the case at Saunders was detected last week. It's unclear when the case at Banting was reported.

It can take 48 to 72 hours for a variant of concern to be identified, and even longer to identify the variant.

Bonaventure Public School is one of three schools in London currently experiencing outbreaks. The school has seen three cases to date. An outbreak is declared when there is evidence of transmission within a school.

All schools will remain open and those that have been in close contact with the cases will be contacted by their local health unit.

In the London District Catholic School Board there are currently nine active cases reported at four schools.

An outbreak was declared at Sir Arthur Carty on Friday, and so far the school has seen four cases total.

Meanwhile an outbreak was also declared at St. Mark Catholic School on Thursday where there have been two cases to date.