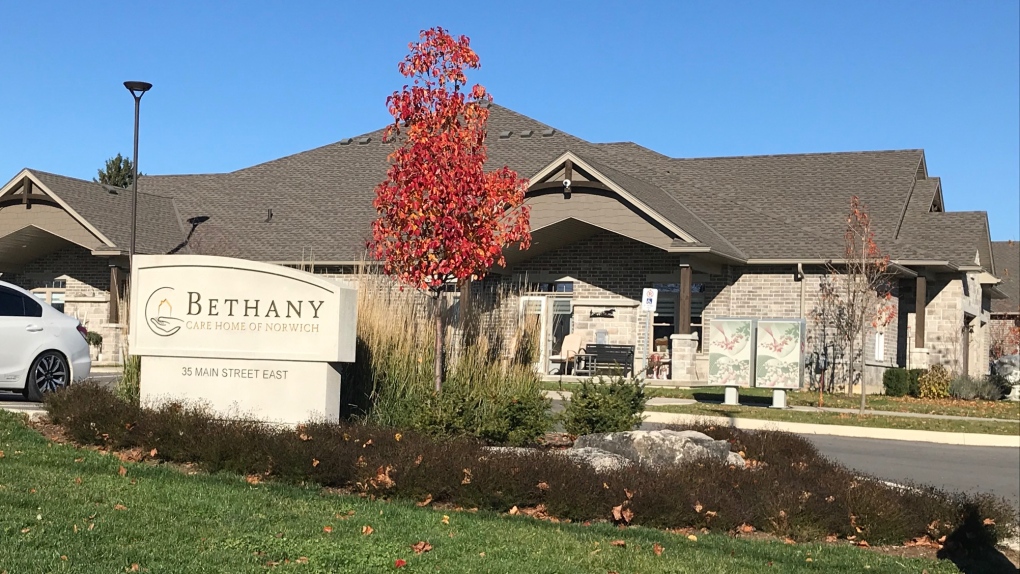 LONDON, ONT. -- There are multiple cases of COVID-19 at Rehoboth Christian School in Norwich resulting in its voluntary closure.

Further, a formal outbreak has been declared at the Bethany Care Home.

The school and the care home are within 100 metres of each other.

In addition, a church, in between them both, also has COVID-19 concerns in its congregation. That is according to a **now deleted online post.

In total, there are 11 confirmed positive new cases of COVID-19 in the Norwich region, according to Southwestern Public Health (SWPH).

SWPH did not confirm the evolving situation until 5 p.m. Thursday, after repeated requests from CTV News, beginning at 8 a.m.

On Wednesday evening, multiple messages were received by CTV News from concerned residents in Norwich. All expressed worry about the now removed posting on the Netherlands Reformed Congregation church (NRC) website.

It acknowledged COVID-19 has impacted the congregation and beyond.

In the post NRC stated, “The virus causing COVID-19 has now entered among us, and many in our school, church and consistory are affected by it.”

The posting went on to say many church activities are suspended until further notice, with a committee formed to manage COVID-19 concerns.

The notice also states the congregation has varying points of view on the wearing of masks.

“Due to the outbreak in the congregation, and the varying strong opinions there are, there are individuals and families that are not comfortable anymore coming to church.”

The church states those not wearing masks are the reason for their decision “...many among our members do not (wish to) comply in wearing the required mask...”

NRC then reminds its members the current mask requirements are set by the Ontario government and the local health board.

CTV News attempted to contact officials from the school and the church.

When reached, school administrator, Evert Veldhuizen, informed CTV News a “Press Release” would be sent, but he declined further comment.

A short-time later a statement was sent to CTV News from the NRC stating “obviously someone shared with you some private information meant for our congregation.”

The message then points to a disclaimer on their public website stating information posted needs prior consent before being made public, and claiming the disclaimer has clearly been violated by someone.

In a statement, NRC said they have formed a COVID Committee in order to speak about the virus concerns within the church community and will continue to work with the Southwestern Public Health Board. 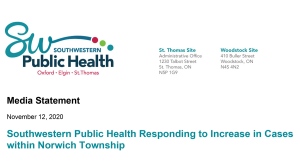