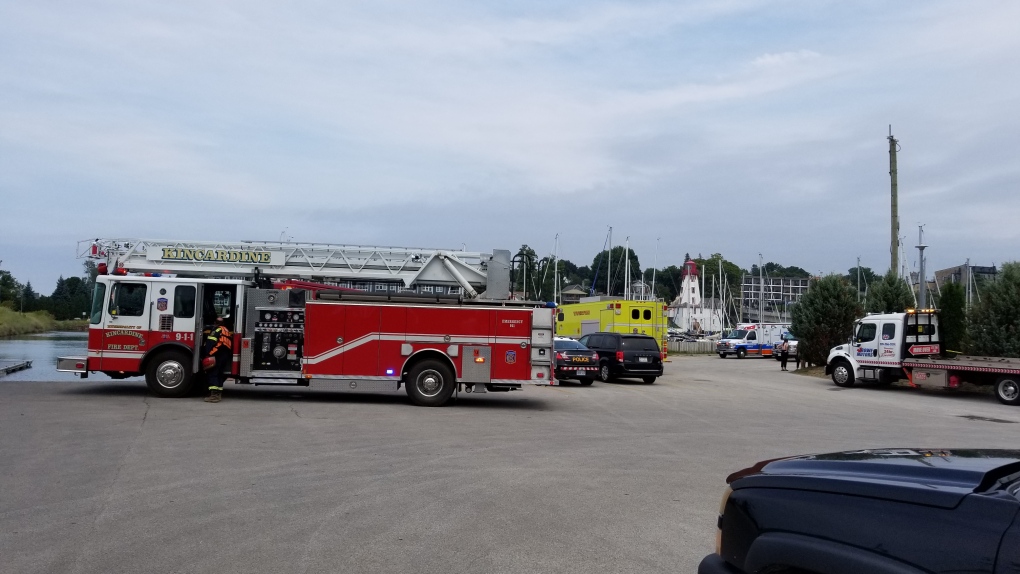 Emergency crews are on scene after a vehicle and two people were pulled from the water in Kincardine, Ont. on Thursday, Aug. 27, 2020. (Source: OPP)

LONDON, ONT -- Two Strathroy seniors found dead after their vehicle plunged into the water near the Kincardine marina last week are being remembered for their community involvement.

William Luinstra, 86, and Rennie Feddema, 82, were pronounced dead in hospital after their vehicle was pulled from the water Thursday.

Police and other first responders were called to the local marina on Station Beach Road around 1:30 p.m. that day.

An obituary posted on the site of Denning’s Strathroy Funeral Home says Feddema had been a municipal councillor and was committed to her church. She also had been president of Ontario Farm Women’s Network and involved in many other volunteer groups.

Luinstra was involved in many community organizations as well. He had lived in Kincardine at one time and worked at Ontario Power Generation, where he “touched the lives of many,” the obitutary said.

Visitation is planned at Westmount Christian Reformed Church in Strathroy on Tuesday and continuing Wednesday.