Special Olympian Chris Klein-Geltink knows exactly which truck he wants to be rewarded at the Woodstock Truck Show.

“This one, the number 22,” says Geltink, leaning against the rig.

In fact, he’s the main reason the event exists.

“It was Chris himself who asked me to do the ride for Special Olympics out of Paris,” says Scott Verbruggen, the founder of the event.

“I went to the show with a few hundred dollars to donate and I saw the support they're getting from other people and I want to do more.”

The event began in 2014, but after a break due to the pandemic, they are back, with Verbruggen bringing in close to 70 big rigs, and four country music acts. Performers include headliner Eric Ethridge, and Londoner Aaron Allen.

“First of all, it's for Special Olympics,” says Allen, when speaking about why he agreed to play the show at the Fairgrounds Saturday.

“Of course I'm gonna be here and I've heard great things about the truck show. We showed up today and just the massive amount of trucks and everything that's going on. It's going to be a great time. So happy to hit the stage again after two and a half years.” 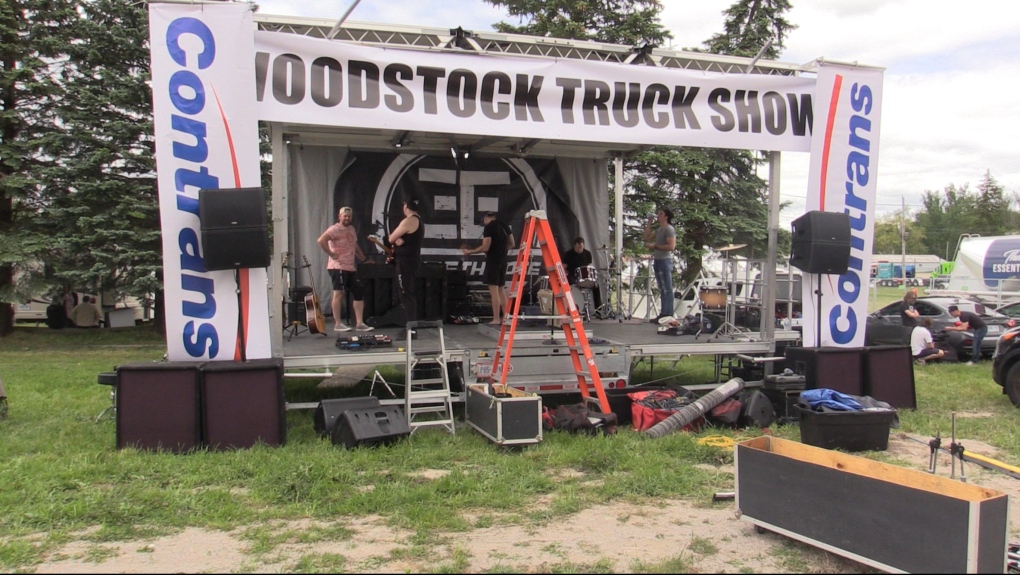 The stage is set for the country music show featuring Eric Ethridge and Aaron Allen at the Woodstock Fairgrounds on Saturday, May 28, 2022. (Brent Lale/CTV News London)

With the money going to great causes like Special Olympics and Woodstock and District Developmental Services (WDDS), they’ve had plenty of volunteers and donations.

“I keep my costs to a minimum so I can really give more to this cause because every dollar I spend $1 Less I can give to the charity,” says Verbruggen.

Money that can help Klein-Geltink participate in all the sports he loves.

“I do Bowling, I used to do basketball, and floor hockey,” says Klein-Geltink.

Verbruggen says his goal for the show is to raise $30,000 for Special Olympics Ontario and WDDS. He also has big dreams for the growing show.

“My goal is fill this whole infield one day,” says Verbruggen.

Ethridge is the headline act performing at 9 p.m. Saturday, with tickets still available. 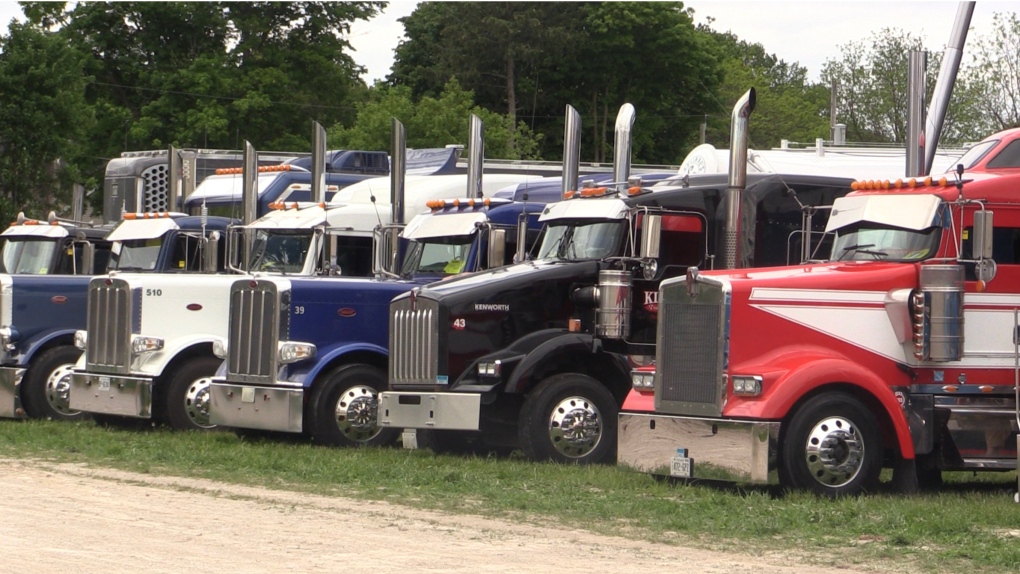 The Woodstock Truck Show is back after a two-year hiatus due to the pandemic. They have close to 70 transport trucks, and a country music concert in Woodstock, Ont. on Saturday, May 28, 2022. (Brent Lale/CTV News London)

Jailed American basketball star Brittney Griner returns to a Russian court Thursday amid a growing chorus of calls for Washington to do more to secure her release nearly five months after she was arrested on drug charges.