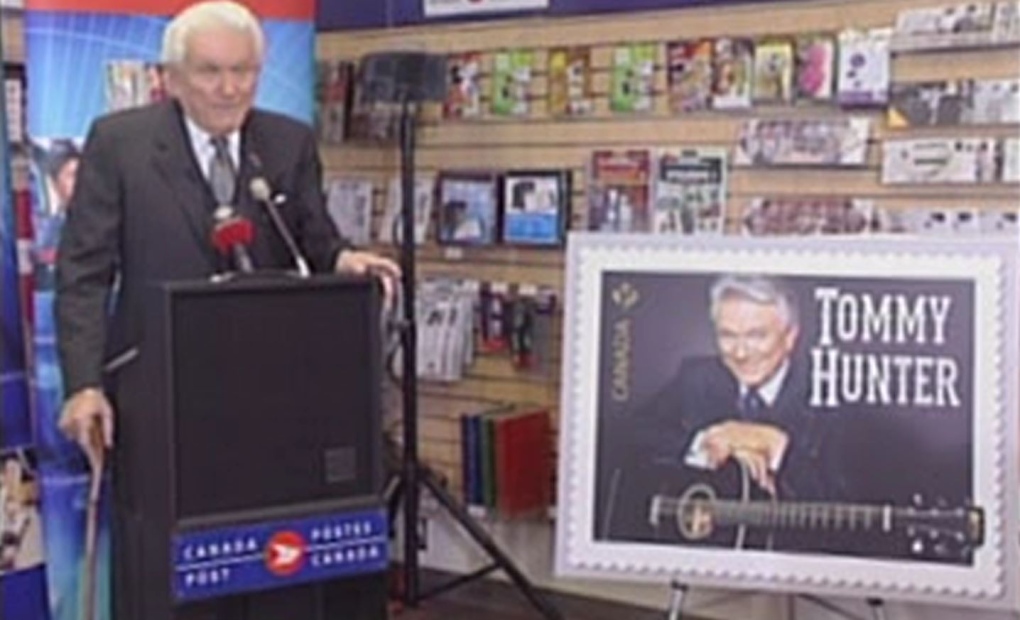 Known to Canadians as the 'Country Gentleman,' London-native Tommy Hunter was honoured by Canada Post with a stamp of his own on Thursday.

Speaking at the presentation, Hunter said "I want to thank you folks for coming, thank you for being here, and for all your support over the years. It's been a great, great ride."

The stamp was unveiled at Canada Post's Wellington Road depot.

Hunter is well-known to Canadians for his country television show, which aired for 27 years.

He recently returned to London to enjoy his retirement.

Hunter is among several past and present Canadian country artists who are being honoured by Canada Post.

"It's a great, great thrill. When I found out that, I was shocked. I'm also very proud to be on a series of stamps with some legendary people: Hank Snow, K.D. Lang, Shania Twain, Renee Martel...it's a real thrill, quite an honour."