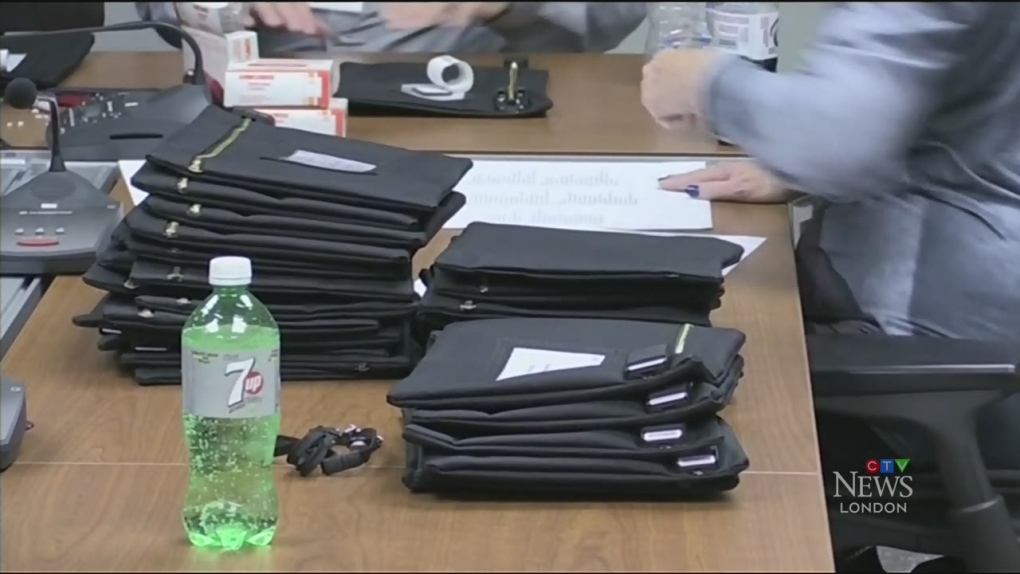 LONDON, ONT -- City council is being asked to push for the continued use of ranked ballots in future municipal elections in London.

In a letter, Deputy Mayor Jesse Helmer asks council colleagues to support his motion opposing the province’s intention to strip municipalities of the option to use ranked ballots to elect their councils.

“The proposed Bill 218, Supporting Ontario’s Recovery Act, 2020 would force London to switch back to the first-past-the-post system (FPTP),” Helmer writes.

On Tuesday, Helmer will specifically ask council to take several actions including:

In 2018, London was the first municipality in Ontario to use ranked ballots.

“It was an award-winning example of successfully implementing electoral reform at the municipal level,” writes Helmer in his letter.

Cambridge and Kingston held non-binding referendums that supported switching in 2022.

Last week, the province announced it would require all municipalities to use a traditional FPTP electoral system to ensure “consistency” and prevent municipalities from incurring costs to switch to ranked ballots.

London city hall spent $515,000 to implement ranked ballots, but Helmer points out that many of those expenses would not be repeated in 2022 and beyond.

“There were one-time startup costs associated with this change including consultation in advance and education,” explains Helmer. “(And) City staff were able to secure a lower price (with a supplier) by committing to two election cycles.”

Last week, Councillor Shawn Lewis worried that the province’s decision will leave London taxpayers on the hook for those one-time costs, plus additional costs to switch back in 2022.

Lewis argued London made the switch “in good faith” after the previous Ontario government gave municipalities the option to conduct ranked-choice elections.

Ranked ballots allow voters to indicate their first, second, and third choices among the list of candidates.

In 2018, almost 70 per cent of voters in London chose to rank more than one candidate.

Deputy Mayor Helmer’s letter will be considered by city council on Tuesday.

It is co-signed by Councillor Josh Morgan, who will succeed Helmer as deputy mayor next week.