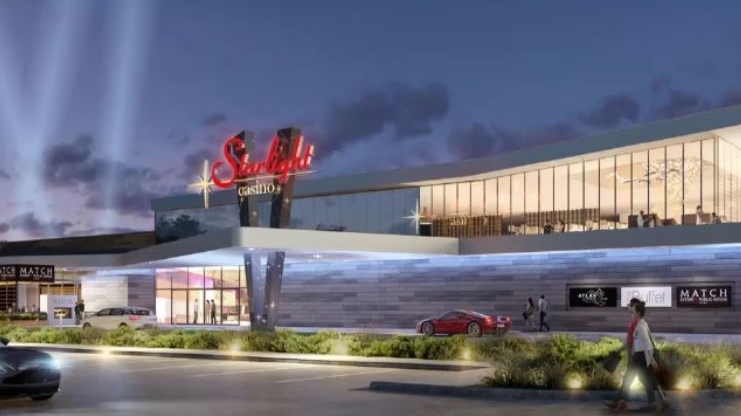 An artist's rendition shows the exterior of a new casino planned for London, Ont.

Wonderland Road South will be the home of London’s new casino.

Gateway had originally looked at the Western Fair District as a location but moved on to the Wonderland location when lease negotiations failed.

Several councillors asked that changes to the design be subject to an additional public meeting but a majority of council decided that process will happen privately between Gateway and city staff.

The $75-million casino is expected to create 700 jobs and officials hope to break ground by September.

After receiving two letters from the chief of the Oneida Nation of the Thames, council directed staff to consult with neighbouring First Nations, but that comes after rezoning was approved Monday night.