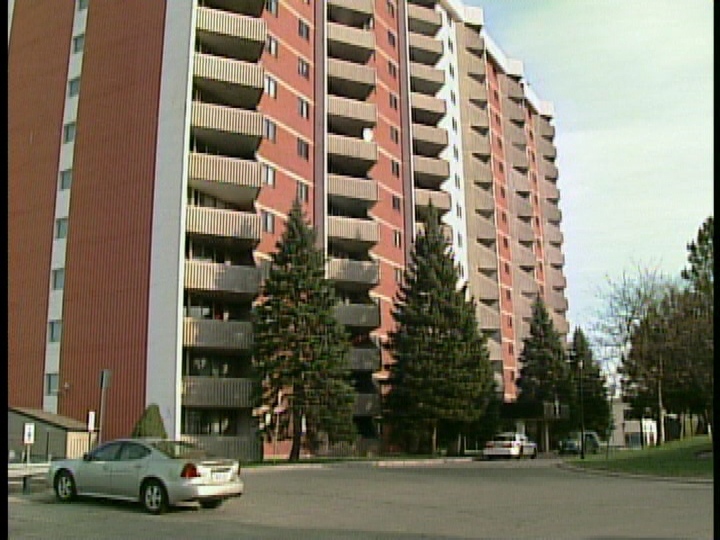 Police say a young man has died after falling from this apartment building on Jalna Boulevard in London, Ont., on May 3, 2013.

The coroner’s office is investigating the death of a young man who fell from a 12th-floor apartment balcony Friday morning.

Police say it happened around 1:15 a.m. at a building on Jalna Boulevard in the White Oaks area.

Foul play is not suspected, but officers say they don’t know if he intended to jump or was impaired and fell by accident.

The autopsy is being conducted Friday. The identity of the victim has not been released.