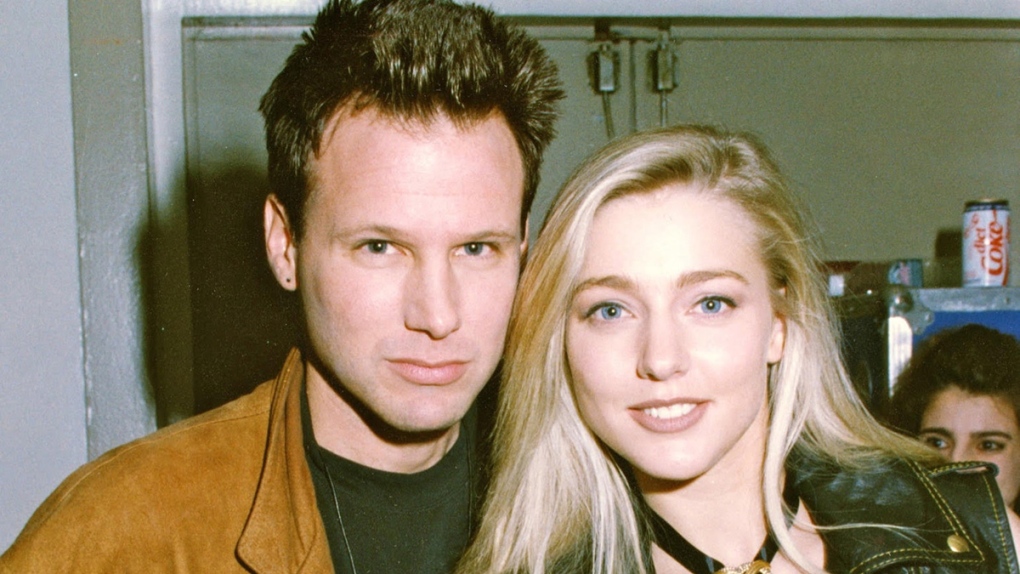 Corey Hart and his wife Julie Masse are shown in a handout photo. (THE CANADIAN PRESS / HO-Juno Awards / Canadian Academy of Recording Arts and Sciences)

TORONTO -- Corey Hart's sizzling contributions to pop music will be in focus at the Juno Awards on Sunday, but the hitmaker says this year he'll be recognizing another significant personal milestone at the event.

Nearly 26 years ago, Hart was introduced to his wife, Quebecois singer Julie Masse, when they handed out the Juno for group of the year together live on the broadcast.

But it wasn't originally supposed to happen that way -- an 11th-hour scheduling snafu is how the stars aligned for the couple back in 1993.

"If I hadn't been pig-headed, opinionated or following my inner voice, I never would've met her," said Hart, ahead of his induction into the Canadian Music Hall of Fame.

The performer was initially set to hand out album of the year, but Juno producers shuffled presenters and asked him to announce video of the year instead.

Hart was on his way to the dress rehearsal when he got the call about a change of plans.

The "Sunglasses at Night" singer-songwriter says he rejected the idea on the spot, thinking it "was a demotion" for a musician to hand out a visual prize.

"That just doesn't feel right," he remembered telling the producers. "So, no problem I just won't present this year."

A few minutes after hanging up, the producers called back with another offer -- he could pair up with Masse, a rising francophone star, to pass out the group of the year award.

Hart was immediately on board.

Masse was coming off her sophomore album that night and picked up best new female artist.

When host Celine Dion welcomed the pair onto the stage, their casual banter was magnetic. They announced the Barenaked Ladies as the winners of the Juno.

As Hart made his way back to his seat, Masse's manager stopped him to gush about their stage presence.

"He quickly garbled out to me that Julie was going to be pursuing a career in English," Hart said.

"He thought we looked like we had great chemistry together. I don't think (this) is what he imagined when he made that comment."

The pair was in love by the following year, he said.

"Literally from the time we started seeing each other in the summer of 1994 we've never been apart for more than a few days," he said.

Both Hart and Masse were in crumbling marriages at the time, he said, and those quickly dissolved.

"It was complicated," he added.

The couple had three daughters before they wed in 2000, and a son after they tied the knot.

When Hart began to ease out of Canada's music industry the family settled in the Bahamas.

In more recent years, Hart, now 56, and Masse have collaborated on each other's work. She appears as a backup singer on his upcoming EP "Dreaming Time Again," due for release on May 3.

Masse, 48, will also join him on stage when he closes out the Juno broadcast performing some of his biggest hits.

"There's an empathy and an understanding that only another artist can relate to," Hart said.

Listen to a playlist of 2019 Juno Award nominees on Spotify: https://spoti.fi/2DGvgyZ