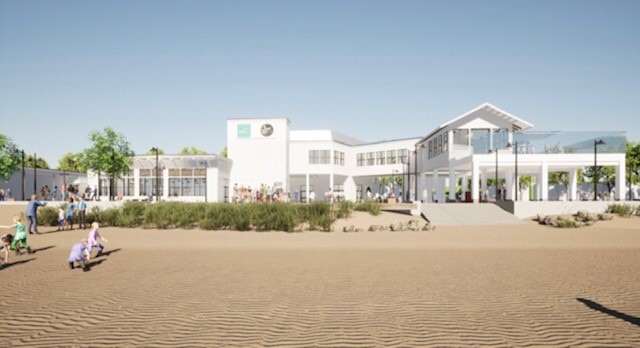 Port Elgin’s Cedar Crescent Village is moving forward — Saugeen Shores has given their approval for the controversial beach development to move ahead.

The beachfront development, which will be built on public land and funded by private developers, has some people in Port Elgin excited and others outraged.

Those concerned believe the planned project — which will feature a restaurant, shops and patios — will ruin the aesthetic of Port Elgin’s beach.

They also fear it’ll be too close to the waterfront, leading to potential flooding.

Those in favour, including the town’s mayor, believe this public-private partnership is exactly the kind of project that will attract visitors to the shoreline community.