Consumers return to in-store shopping for the holidays

Consumers return to in-store shopping for the holidays

Canadian consumers appear to be returning to in-store shopping this season, in spite of high inflation and the prospect of a recession.

A day out at the mall has been a long time coming for Kristen and Kelly, who could be found at White Oaks Mall in London, Ont. Thursday.

“This is the first time for Christmas that we’ve actually gone out shopping for a couple years, so it’s really nice,” said Kelly. “It’s like a social event for her and I.”

According to MasterCard’s spending plus report and holiday forecast, retail sales for the holidays are expected to increase 5.7 per cent over 2021, and more than 21 per cent over pre-pandemic levels (2019).

Commercial realtor, Valentino Teoli of CDNGLOBAL said the trend comes in spite of rising inflation and the prospect of a recession.

“You get this potential of a recession, which would, should, and I guess is stoking more fear in people, saying that we’re not out of this yet, the next few months are expected to be difficult,” he said. “So you would expect all of that to work against the retail world. And despite this, it is relatively healthy.” 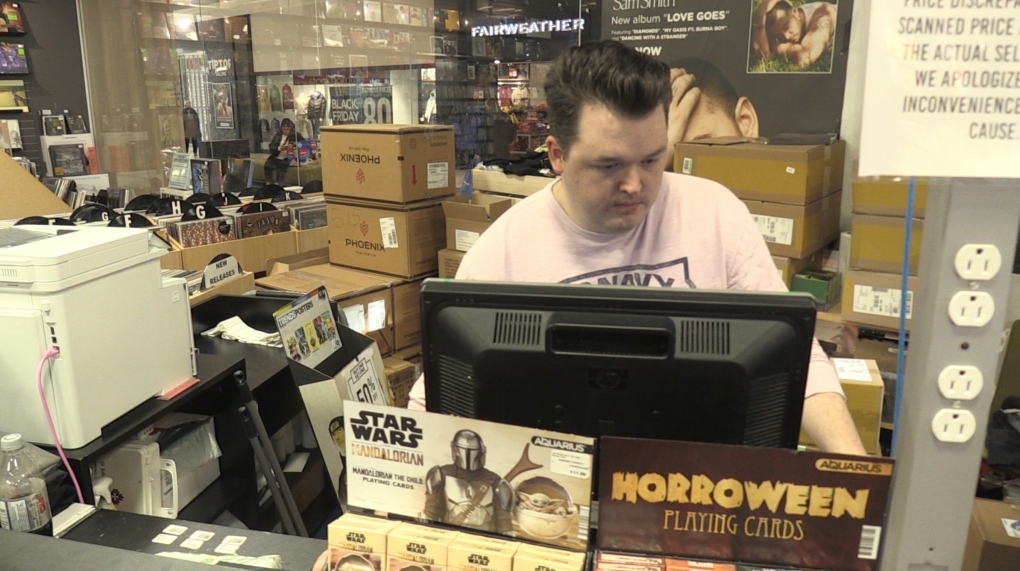 “The weekends are always busy. You know you get a Saturday in December, it’s pretty typical for the last couple of years, but we’re really noticing it in the weeks this year. You know right from the moment we open the doors at ten o’ clock till the time we close, there’s people out,” he said.

Retailers also report that distribution networks are back up and running, so they are now able to get the inventory they need.

“The last couple years we may get one copy of each record every time, whereas this year we’re getting full re-stocks, 10 to 15 copies,” said Peddie.

But not everyone has bounced back. International Clothier manager Pretima Youssef said shoppers are not into the Christmas spirit quite yet.

The MasterCard report also said the days leading up the Christmas are expected to be the busiest of the season, with Dec. 23 projected to be up by 24 per cent over last year, and Christmas Eve up 17.5 per cent.

Beyonce stands alone on her Grammy throne: With her fourth win Sunday night, she has become the most decorated artist in the show's history surpassing the 26-year-old record once held by the late Hungarian-British conductor Georg Solti.