They say ATV users have taken a shine to the northern portion of Coldstream Conservation Area just west of London, and some of the natural habitat is being destroyed.

Both a woodlot and a wetland, Coldstream is part of the Sydenham River system.

“This area is known for a lot of wildflowers, a lot of spring ephemerals that we don’t see at other areas,” said Wilcox. “ATVs have been using this property for years. It’s been a battle. And they create a lot of ruts. And they’re really damaging a lot of habitat.” 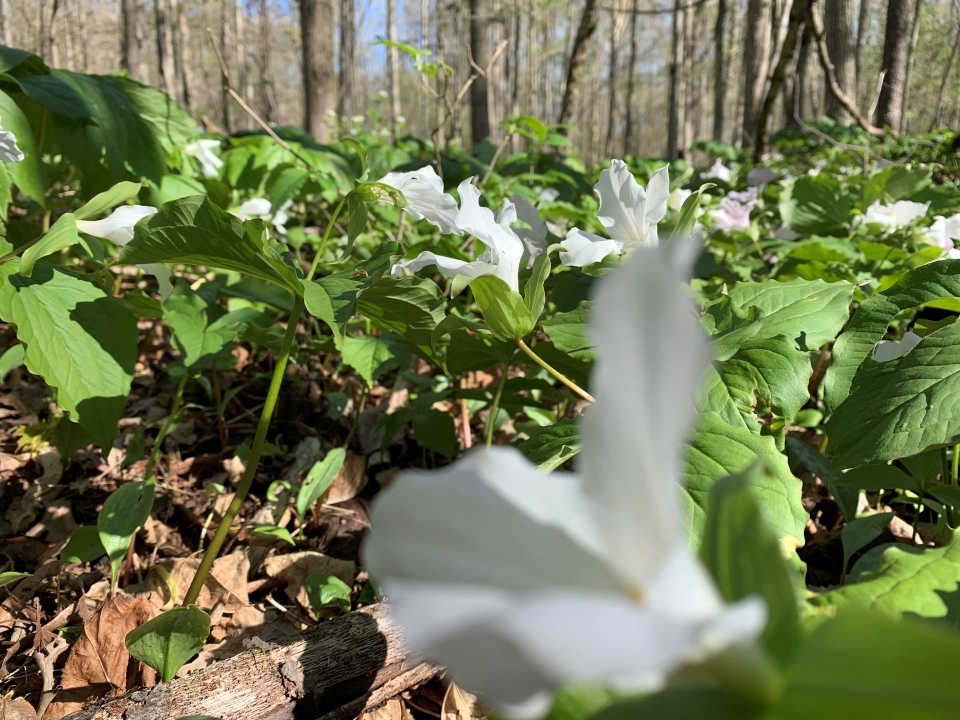 Coldstream conservation area has several kilometres of walking trails, but much of the property is impassable for those on foot, as deep ruts have been dug out by ATVs. Conservation Authority general manager Brian McDougal said many of the ‘No ATV’ signs that were posted this spring have already been taken down by ATV users.

He said they’d like to be able to welcome hikers back to the property.

“The opportunity is here to bring more pedestrian traffic in, which might actually help reduce the ATV traffic a little bit as well. And they’re not supposed to be here in the first place.”

Wilcox said there have already been a number of altercations between hikers and ATVs this Spring, with hikers feeling intimidated.

“A lot of our hikers have had issues where they’ve had close calls with collisions with ATV traffic, and I think there’s some intimidation now I think where local users don’t want to hike this portion.”

Wilcox said the goal is to invest in the property and rehabilitate the trail system, but it can’t be done as long as ATVs are damaging the property.

Those operating ATVs on the site can be charged with trespassing.