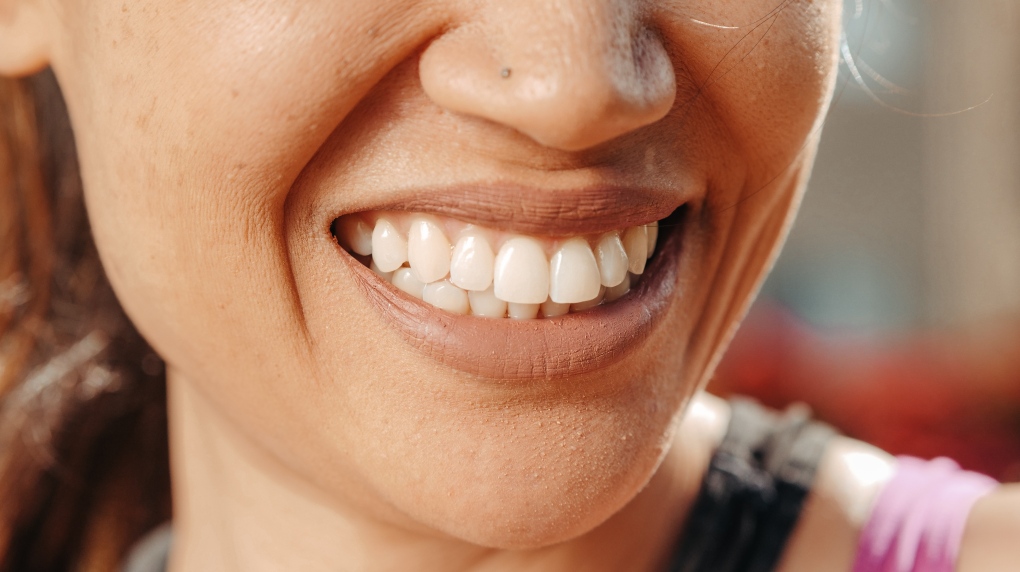 Teeth-whitening products with carbide peroxide may be doing more damage to your teeth than you thought. (pexels.com / Kindel Media)
London, Ont. -

A smile can portray a lot about a person, but it might not be portraying their age accurately.

According to research being done by neuroscientists at Western University in London, Ont. and Ben-Gurion University in Israel, your smile might be making you look older.

However, there is a catch. If you’re over 60 years old then your smile is not likely ageing you at all.

“Faces contain an amazing number of social cues. Among the many critical dimensions that people readily extract from faces, age is often considered as primary,” said Melvyn Goodale with Western. “Accurate identification of a person’s age is crucial for understanding social roles and determining the nature of social interaction.”

Previous work done by the research team found that smiling can making an individual look one or two years older than if they kept a straight face.

In the new study participants were shown hundreds of photographs of faces of people between 20 and 80 years old, either smiling or with a neutral expression, and were asked to estimate age.

People who were in their 20s or 30s were commonly found to be looking older as they smiled.

But as previously stated those over 60 were not perceived to be older when smiling.

“This suggests that older people already have so many facial wrinkles that any smiling-related wrinkles make little difference to their overall appearance and their perceived age,” said Goodale.

When it came to those in the mid-life years, 40 to 60 years old, the researchers found that gender made a difference.

Middle-aged men looked older when smiling, but women did not.

The exact reason for the difference in men and women is not fully known, but with so much being based around eye wrinkles their findings are relevant at a time when most people only are visible through the eyes due to masks.