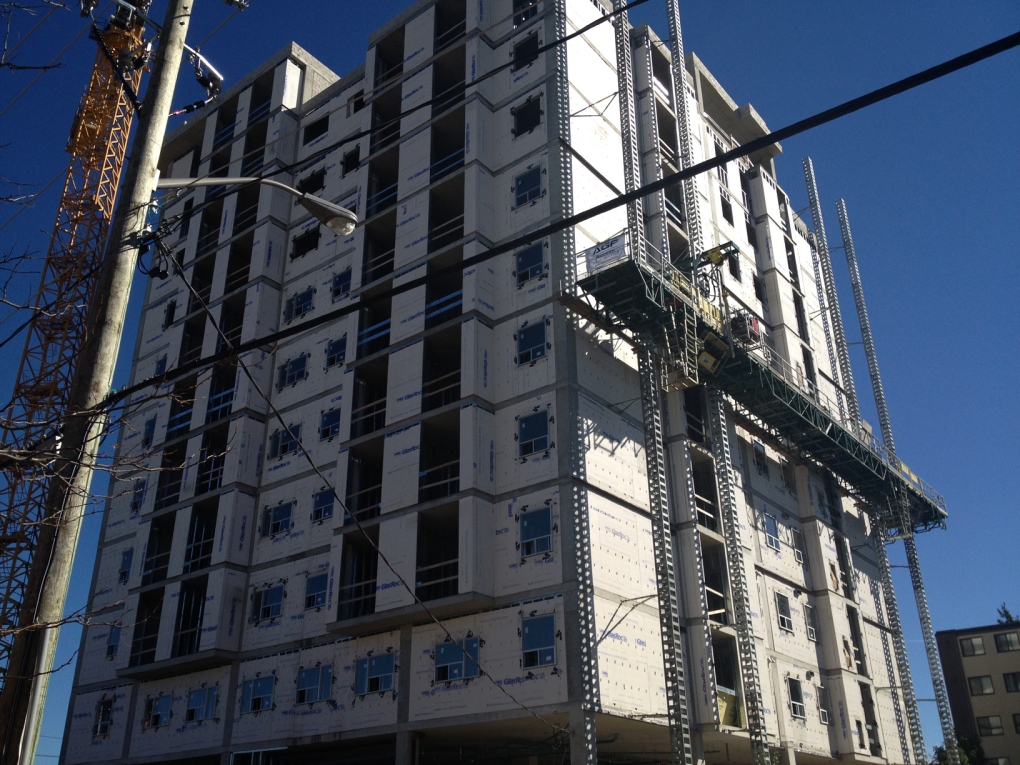 The site of a construction accident is seen at King Street and Bricker Avenue in Waterloo, Ont., on Friday, Oct. 11, 2013. (Nicole Lampa / CTV Kitchener)

A construction company has pleaded guilty to a health and safety offence in connection with the death of a worker who fell to his death at a Waterloo construction site.

On Oct. 11, 2013, Nick Lalonde of London was working on the 12th floor of the then-under-construction 185 King Street North.

Concrete blocks were being lifted onto the roof of the tower, with Lalonde assisting in their delivery.

According to the Ministry of Labour, the skid of blocks was “suddenly propelled toward an exterior parapet wall that surrounded the roof top,” leaving Lalonde between the wall and the skid.

Lalonde was holding onto the blocks, the ministry found, when the skid crashed through the parapet wall, knocking him off the roof.

He fell four storeys before landing on a scaffold, later dying of injuries received in the fall.

Central Construction, which is based in the Lucan-area community of Granton and was working as a subcontractor on the project, has pleaded guilty to failing to ensure that a fall restricting system is used.