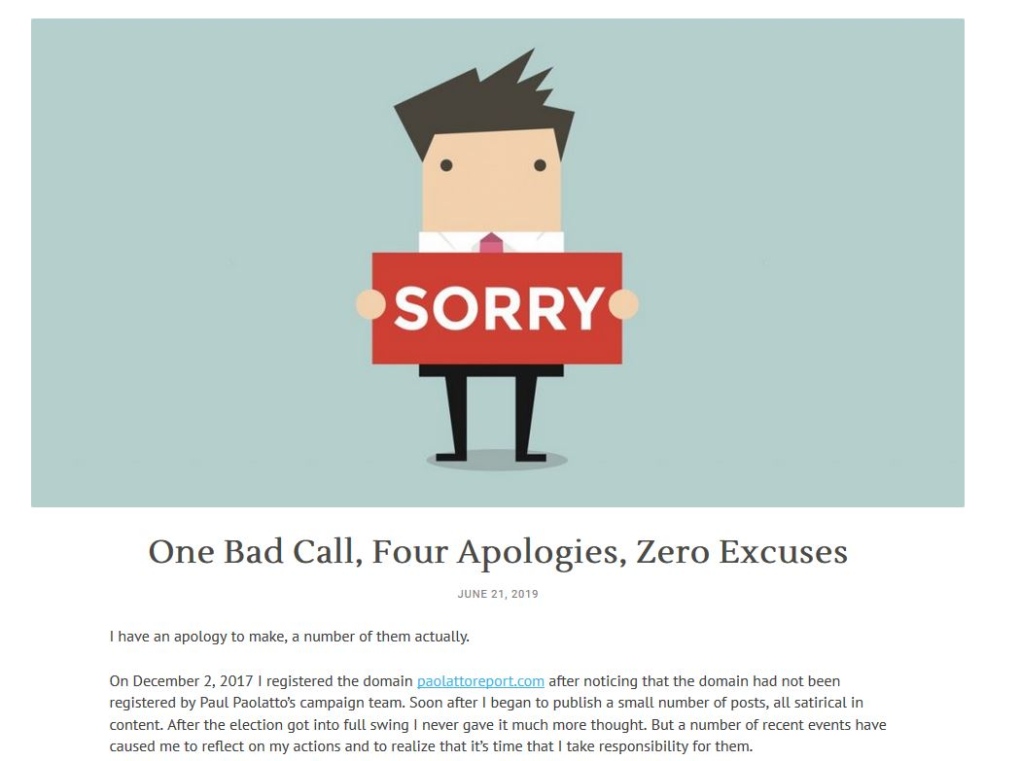 Community activist Shawn Adamsson has apologized for posting to an election website.

Shawn Adamsson became known in London for being a champion for the city’s Bus Rapid Transit plan, but now he's come forward admitting he tampered with a website related to mayoral candidate Paul Paolatto.

In a blog post this weekend Adamsson admitted that prior to last fall's municipal election campaign he recognized that Paolotto's team had not registered the domain name for ‘paolattoreport.com.’

Adamsson says he started publishing posts to that site which he portrayed as 'satirical in content.'

Now, in light of the Blackridge Strategy fallout that saw two female candidates targeted with fake internet accounts, he has come forward to apologize for the posts.

Along with his online statement, Adamsson says he has met personally with Paolatto to apologize.

I want to thank @late2game for taking ownership of this regretful situation. I believe his apology to be sincere and accept it. I now consider this matter closed and hope we can all move on for the good of our community. #ldnont https://t.co/q5NJhTLkWE