Committee to rule on audit of 2018 Paolatto campaign Friday 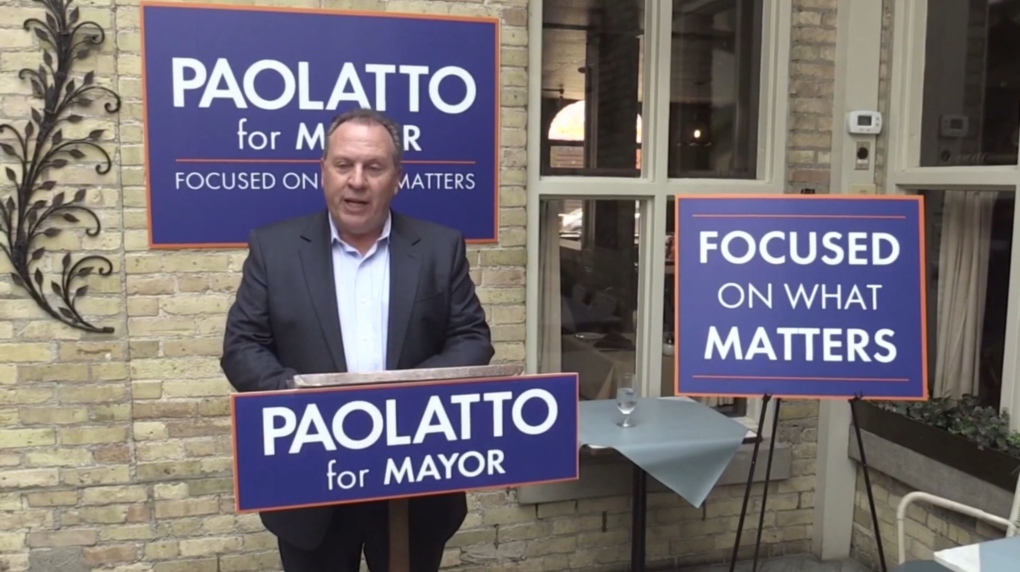 Paul Paolatto during his mayoral campaign.

City hall’s three-member Compliance Audit Committee will meet on Friday to decide if the findings of an audit of Paul Paolatto’s 2018 mayoral campaign warrant referral to the courts.

Paolatto had advertised his blog about municipal issues, The Paolatto Report, on billboards six months before registering as a candidate for mayor on May 1, 2018.

The ads contained no specific reference to his upcoming campaign, adhering to advice Paolatto received from a lawyer and the city clerk.

In his report, Molson determined the ads did not violate the Municipal Elections Act, writing, "I do not think the Act intends to deny persons who may or may not aspire to public office, the opportunity to engage in profile building, or to promote public discussion of matters of civic interest."

The London resident who filed the original complaint against Paolatto disagrees. "I still fundamentally disagree with Mr. Molson’s conclusion," writes Lincoln McCardle in a letter sent to the Compliance Audit Committee.

"I maintain that these activities, if they do not contravene the letter of the law, certainly in my opinion, contradict the spirit of it," adds McCardle.

Paolatto was found, however, to have exceeded the $25,000 limit on contributions to a candidate’s own campaign. His declared personal contribution of $21,913.33 did not include $180 for cellphone usage, but unnecessarily included $2,900 in legal fees prior to the campaign.

In September 2018, his campaign reimbursed him $6,500 for online advertising paid with his personal credit card. The Municipal Elections Act, however, only permits candidate reimbursement after the election.

The auditor ruled the $6,500 remained a personal contribution, pushing Paolatto $693 over the limit.

On Friday, the committee will decide if the audit findings justify commencing legal proceedings against Paolatto.

McCardle warns that Paolatto’s advertisements and pre-campaign spending have exposed a loophole in the Municipal Elections Act that must be addressed.

"Make no mistake, your decision could set a dangerous precedent for future municipal elections," he writes.

Paolatto was the runner-up in the race for the mayor’s office.

There is no update on the progress made to audit the 2018 mayoral campaign by Paul Cheng.