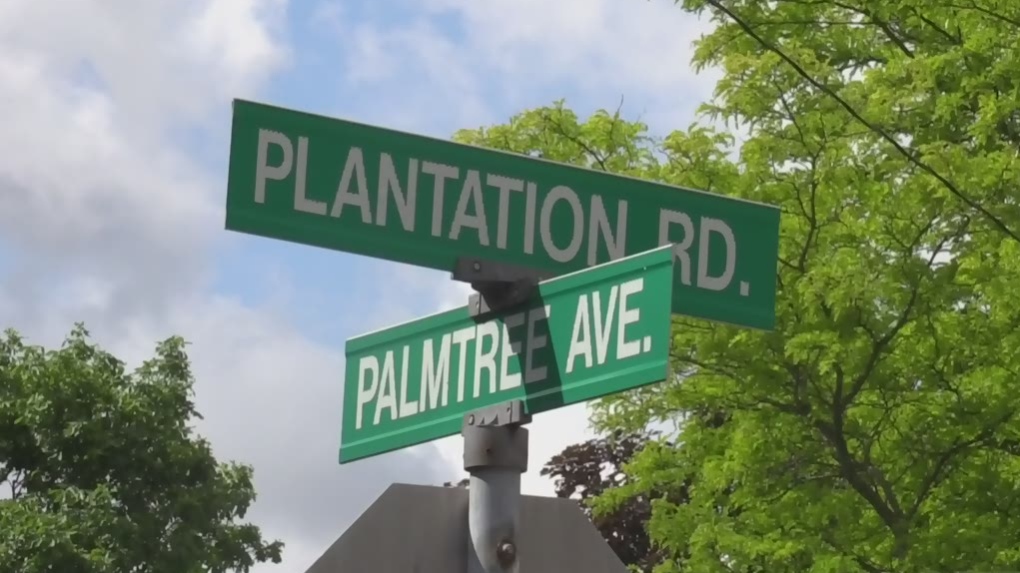 On Tuesday, the Civic Works Committee (CWC) unanimously recommended support for a motion by Coun. Elizabeth Peloza to have staff review the existing by-law and its fees.

If approved by Council, “staff will review what our internal policies are, how to address some changes, (listen to) community consultation, and we actually won’t probably see this report back until around January,” Peloza tells CTV News.

It currently costs $512 to apply to change a street name, plus the total cost to change the name.

A request by Coun. Steve Lehman to remove a specific reference to Plantation Road from the motion was defeated.

“I’ve heard no support from the people on the street,” said Lehman who represents the neighbourhood. “In fact, only one postal code on the petition is from the street.”

In June, 10-year-old Lyla Wheeler told CTV News the street name in her Oakridge neighbourhood needs to change because of its ties to slavery.

“Most plantations did have slaves, and if they didn’t pick 200 pounds of cotton, indigo, or rice, they would get whipped,” Wheeler explained at the time.

By Tuesday, her online petition had collected more than 4,100 signatures.

Peloza explains why keeping Plantation Road in the motion was important.

“It would have been disingenuous and disrespectful to the letters of support we have from two Black community organizations that specifically reference the petition.”

In its letter the African Canadian Federation of London and Area (ACFOLA) backs a, “comprehensive policy which will allow the renaming of streets that bring back the ugly face of the past which treated Black people inhumanely.”

The motion also seeks to have staff establish a list of potential street names that reflect, “the contribution London’s Historic Black Families, Indigenous communities and people of colour.”

Council will consider the CWC recommendation on Sept. 29.