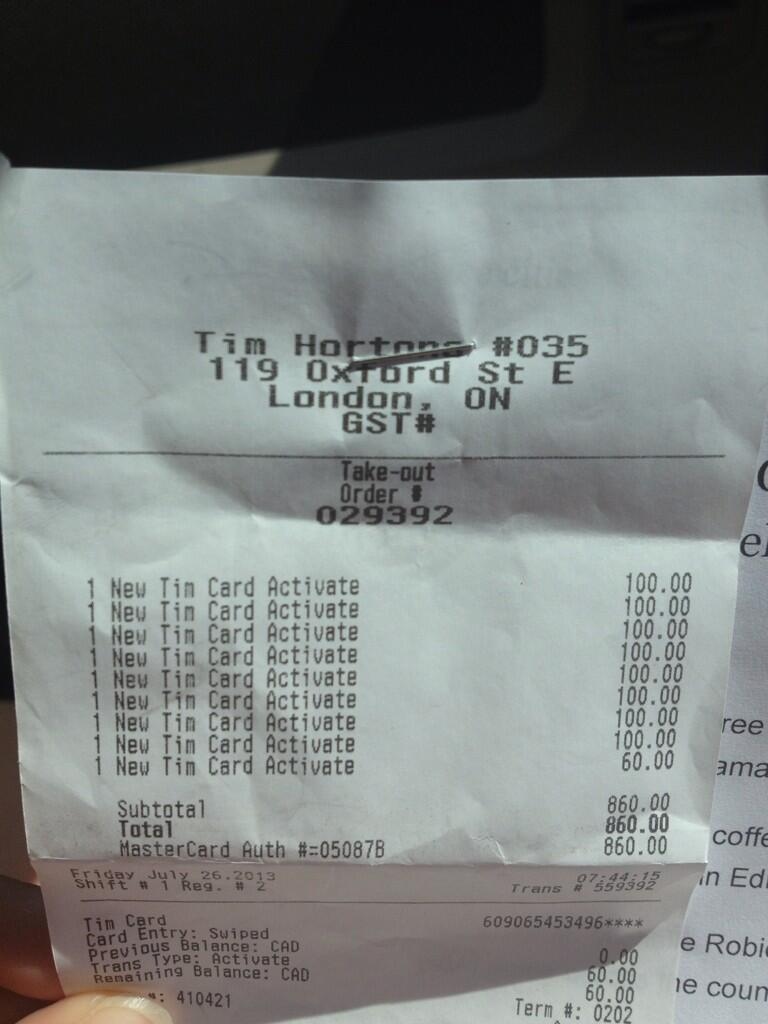 A receipt shows the purchase of the equivalent of 500 cups of coffee at a Tim Hortons in London, Ont. on Friday, July 26, 2013. (Talia Ricci / CTV London)

A recent rash of Good Samaritans paying it forward by buying coffee for hundreds at Tim Hortons has spread to London.

Shortly before 8 a.m. on Friday morning, someone bought $860 in Tim Cards (or about 500 cups of coffee) at the Tim Hortons on Oxford Street East near Talbot Street.

After word spread on social media, the free cups were reportedly all served by 9 a.m.

The gesture adds London to the list of cities where generous citizens have made similar gestures including; Oakville, Kingston, Hawkesbury, Ottawa and two in the Calgary area.

It all began on Monday, when a man in his 20s reportedly walked into a Tim Hortons in Edmonton and bought a coffee and doughnut for himself, then offered to pay for the coffees of the next 500 customers.