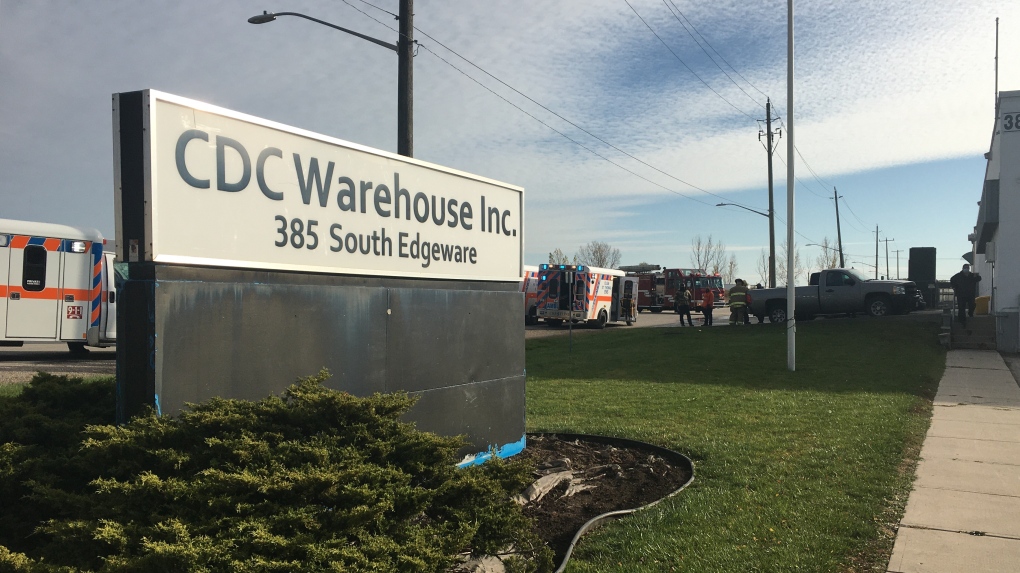 Emergency responders were called to CDC Warehouse, located at 385 South Edgeware Rd. at around 2:30 p.m.

A number of workers were experiencing symptoms, including headaches and nausea.

At least 10 people were taken to hospital, although their illness was not thought to be serious.

"We just received a call this afternoon for a gas leak or CO call here. Upon arrival we found over 300 parts-per-million. The building was evacuated, shut off the gas and called Enbridge to attend. Now we are just in investigation to see if everyone is out and the cause."

The National Research Council reports that prolonged exposure at the those levels can cause serious illness.

However, Scott says, "On arrival we had multiple employees complaining of headaches and various minor symptoms. EMS was dispatched and looked after them...Everyone has been taken to [St. Thomas-Elgin General Hospital] but at this point it looks like everyone should be OK."

- With files from CTV's Gerry Dewan and Brent Lale