A pair of boaters in Port Bruce are lucky to be safe and sound after their boat caught fire and started sinking a mile from shore Tuesday morning.

“We were heading out on the lake to see how the boat was running and it started smoking and started filling up with water so we turned around and worked our way back in and here we are,” explained Scott Wisstow.

He and his fishing partner Paul Thomson were heading out onto Lake Erie to catch walleye when they ran in to trouble. Wisstow says he put out what looked like a fire in the engine with a fire extinguisher, then they sputtered back towards shore.

They made it as far as the harbour when the local fire department arrived to get the men safely off the sinking boat.

St. Thomas resident Frank Gatto was fishing on the pier with his buddies when the drama unfolded in front of them.

“I seen the boat going out, it was really smoking really, really bad,” said Gatto. “Coming back again it was worse than it was the first time. We were all saying ‘That boat shouldn’t even be out.’ We were wondering why he even took it out.” 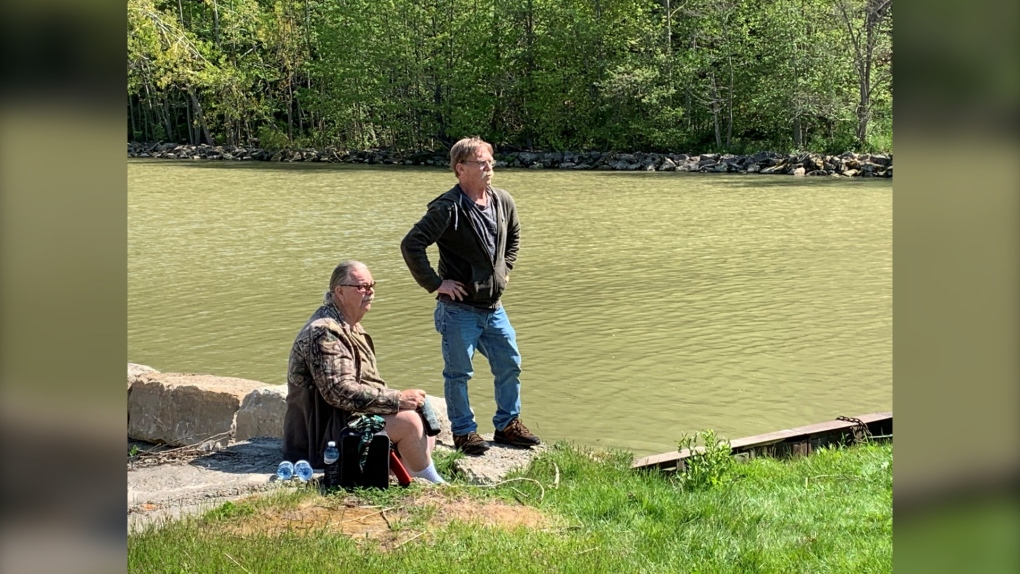 Scott Wisstow and Paul Thomson following their rescue off the coast of Port Bruce on May 24, 2022. (Bryan Bicknell/CTV News London)By the time the Canadian Coast Guard Auxilliary arrived the men were already safely on land and waiting for a tow.

Coast Guard Auxilliary Captain Charles Smith said it’s already shaping up to be a busy boating season. He said 2021 was their busiest year ever for search and rescue.

“In 2021 we spent 60 hours on the water rescuing people. So most boaters would put maybe 20 hours on their engines. We put 60 just in rescue operations.

Smith said boaters need to check for everything, every time before heading out.

“Make sure you have life jackets, that your gas is topped up,” he advised. “If you have children under 12 put life jackets on them. Use some common sense out there. If you think something might happen, it will happen.”

He added that boaters in distress should call star-16 on their cell phone if they are further than one mile from shore, while those closer should call 9-1-1 for help.

In the meantime, Thomson and Wisstow got their boat towed back to dock by late morning. No worse for wear, but maybe a little shaken up.

“Depressing, you try and do everything right but you run into all kinds of problems,” said Wisstow.

The campaign for Patrick Brown said it was consulting its legal team after the leadership election organizing committee of the federal Conservatives voted to disqualify him from the race late Tuesday.