LONDON, ONT. -- Excavators and environmental crews begin to move debris at the Flying M Truck Centre on Tuesday, just a day after the business went up in flames.

"You have your fuels, oils, plastics and fiberglass," says Platoon Chief Colin Shewell of the London Fire Department (LFD).

"We did reach out to our partners at the Ministry of Environment and Spills Action and we're working with the water department just as a precaution to make sure that everything was contained to the property."

Police officers held the scene while fire investigators began checking over the property.

Twenty-five of his employees are now out of work, including welder Rick Pinter.

“I came around the back with a fire extinguisher and there was a couple guys already there,” says Rick, who was one of the first to respond to the blaze which started near the propane and acetylene tanks at the back of the building.

“The flames were up to the top of the building and I just set mine down and said, ‘We got to go boys.'" 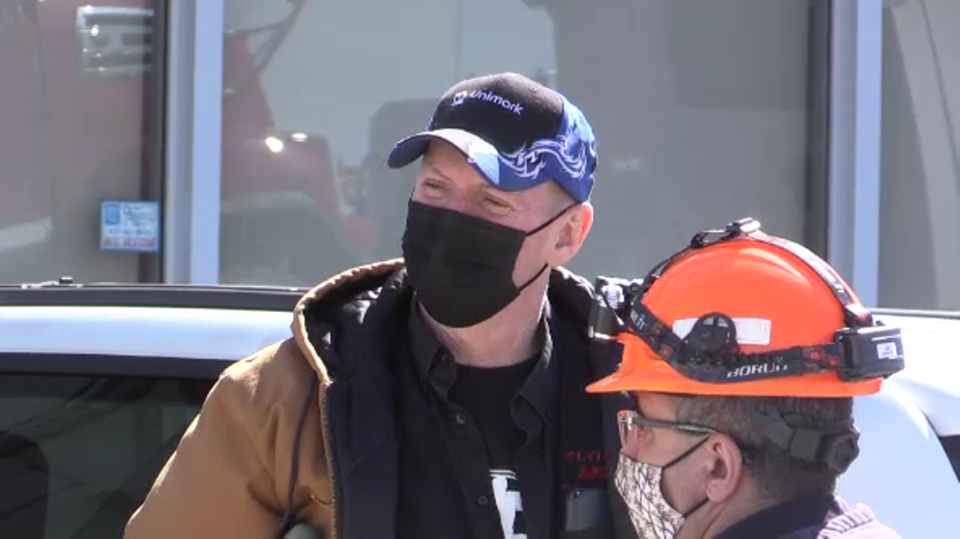 Another employee told CTV News that when the fire started they frantically ran back inside to get the keys to as many trucks as they could.

They started driving them out of the garage as far away as possible. However at least four trucks valued close to $250,000 each were destroyed. There may be more.

Fire officials are estimating the damage to be in excess of $1.5 million.

"The dollar loss potential was tremendous there as well, so our crews did a great job to contain it to the building origin," says Shewell.

"We always talk about dollar loss but I feel in this situation we really have to speak about the dollar saved. There was so many commercial vehicles around there."

The heavy black smoke could be seen for kilometres, and it took roughly 50 firefighters from multiple stations to put it out. 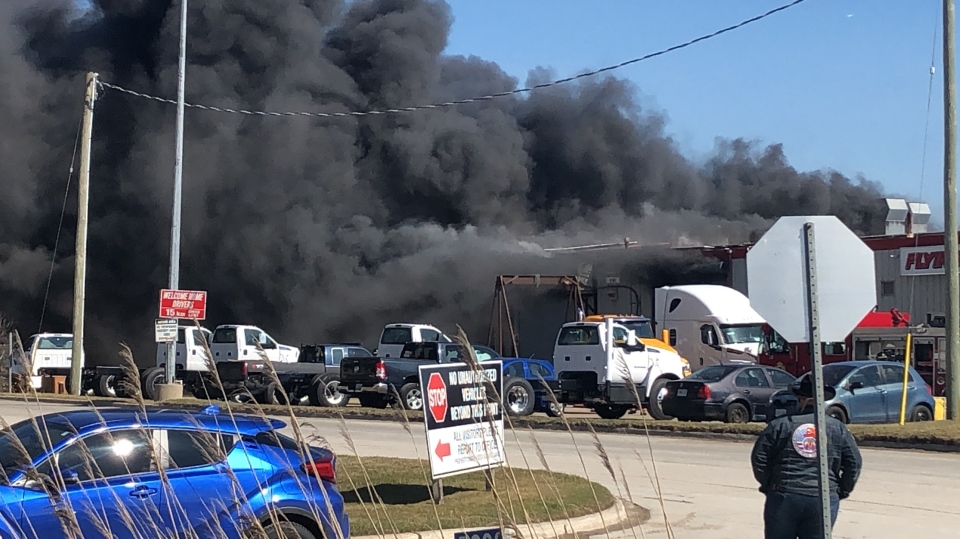 At this point there is no origin or cause but employees say it started at the back of the building, and there were multiple explosions.

His brother Steve is a painter in the shop. He was back Tuesday morning to see if his wallet and phone were still intact.

"Some of it survived," says Steve, who is still in shock over the fire. "I got my wallet, phone and ID so I'm good to go."

The Ontario Fire Marshal's Office (OFM) will not attend, so the LFD will head up the investigation.

"The OFM will offer consultation and direction and work with our investigator along with London police," says Shewell.

"They may not attend on-site, but they're a great resource for our investigators to reach out and to be able to grab some knowledge from them. Then if anything changes, they're always willing to come out and assist with the investigation."

No one was injured in the fire. 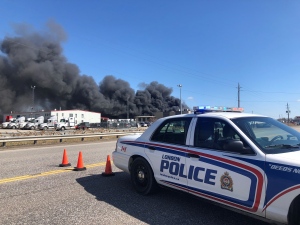