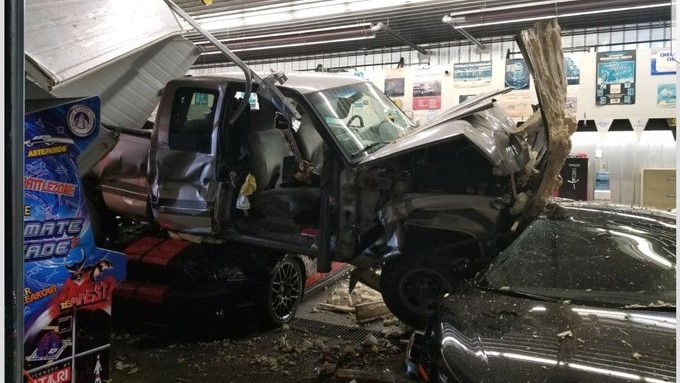 A pickup truck smashed into an Ingersoll business damaging several cars in the process. (OPP Twitter)

LONDON, ONT -- Oxford County OPP have arrested a driver following a crash in Ingersoll that left a business damaged along with several classic cars within.

Around 1:05 a.m. police received a report of a collision on Bell Street.

Police say a pick-up truck crashed into a hydro pole causing it to collide with several parked vehicles before crashing through a garage bay door of a business.

Several classic vehicles stored inside the building were also damaged.

The driver was extricated from the pickup and taken to hospital with non-life threatening injuries.

Police have determined that the truck was stolen however no charges have yet been laid.

Anyone with information about this investigation is asked to contact the Oxford County OPP at 1-888-310-1122.