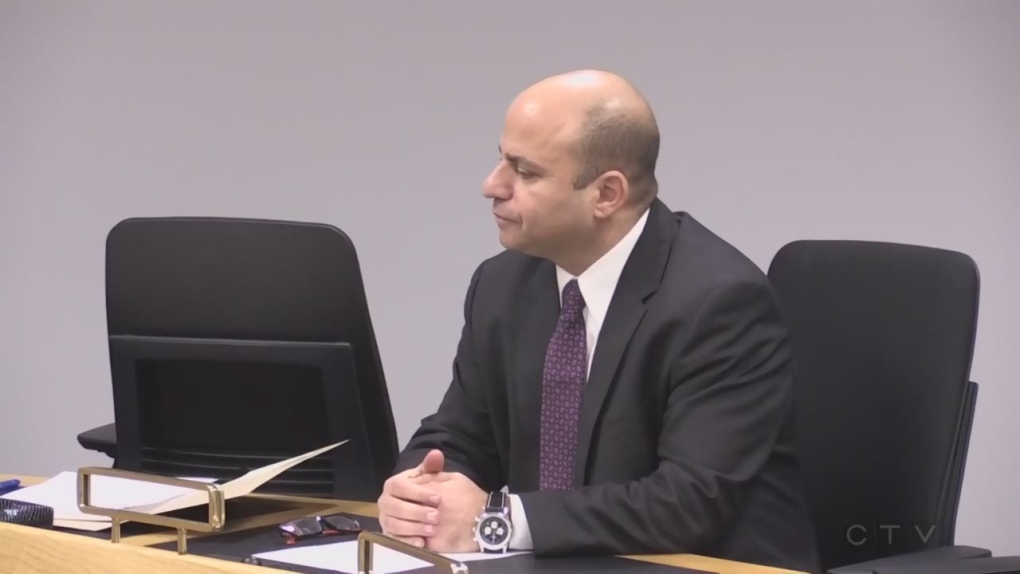 The Ontario Civilian Police Commission is suspending its investigation into Michael Deeb's alleged harassment while awaiting the outcome of a criminal investigation.

The London police board issued a notice Thursday saying that it had just been notified by the civilian police commission of the investigation suspension.

Deeb was charged in April with sexual exploitation and sexual assault.

Deeb resigned his position with the police board after the charges were laid.

Last December, the local police services board had asked for an investigation into allegations of sexual harassment made against Deeb.