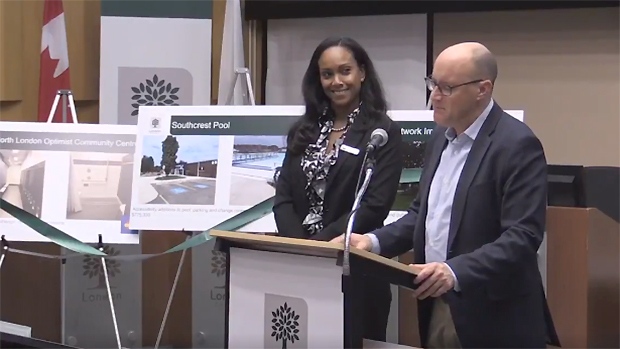 The City of London unveiled Tuesday afternoon that it took in $4.8 million in gaming revenue from the Western Fair District in 2017.

Mayor Matt Brown and representatives from the Ontario Lottery and Gaming Corporation (OLG) made the announcement during the Corporate Services Committee meeting.

The city also revealed how the slot machine revenue was spent.

In a statement Brown said, "The City is proud to showcase and acknowledge the impact these contributions make in our community.”

The OLG tells CTV News the annual payment will grow if a new casino is constructed in the city.

Tyjondah Kerr, OLG’s senior manager, Municipal and Community Relations, said in a release that, “OLG is proud to be a vital part of London for more than 19 years and we look forward to continuing to build on that support.”

Since 1999, London has received more than $76.3 million in non-taxable gaming revenue.