City bus slips into ditch due to flooding on road 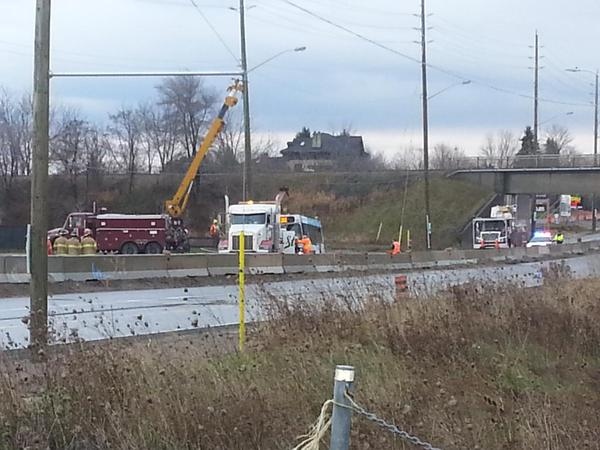 Flooding due to heavy downpours caused a city bus to slip off a busy road in the northwest area of the city this morning.

The No. 19 bus was travelling north on Hyde Park Road near South Carriage Road just after 8 a.m. when it went into a ditch and came to rest up against a hydro pole.

There were 10 people on the bus at the time but nobody was injured.

The road was closed for about 90 minutes while the bus was pulled from the ditch and a city crew inspected the roadway.

Hydro crews were also called to the scene.