City announces five parks to be sprayed for gypsy moths 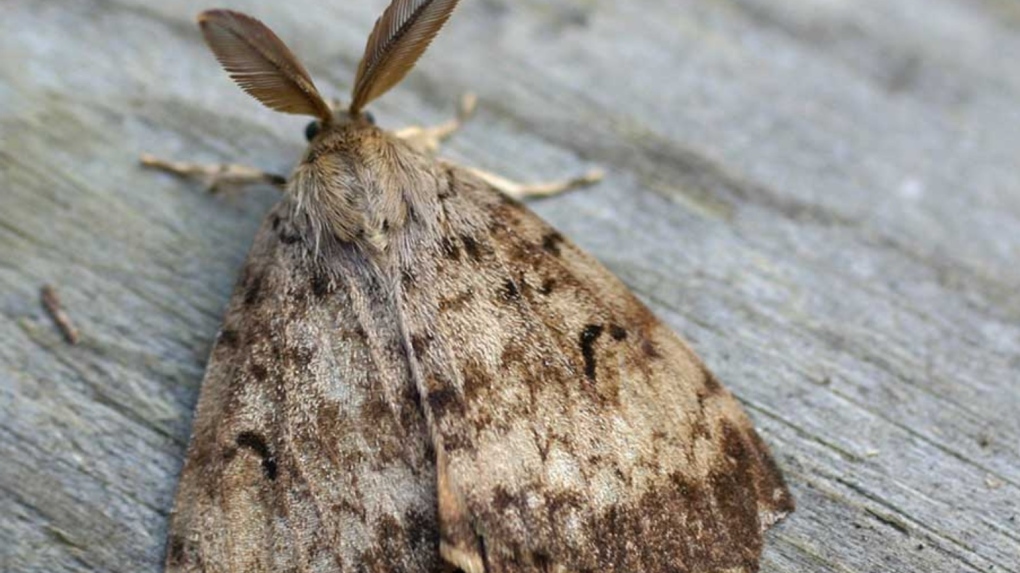 An adult male Lymantria moth is pictured: (BProvince of B.C.)

MIDDLESEX CENTRE, ONT. -- The City of London will spray trees in five municipal parks in an effort to control infestations of the European gypsy moth.

The pesticide spraying is planned for May 10-31, weather permitting, and confirmed dates will be posted on the city's website and Facebook page 48 hours ahead.

The city says homeowners adjacent to the properties have been notified, but anyone with questions can contact the manager of the city's Urban Forestry department, Jill-Anne Spence.

City Hall had announced plans to spray back in February as the growing population threatened to defoliate trees and leave behind mounds of feces pellets.

Earlier this year, the Upper Thames River Conservation Authority (UTRCA) also began manually removing gypsy moth egg masses from trees on conservation properties in an effort to reduce the spring hatch without the use of chemicals.

They encourage homeowners to do the same to protect trees and shrubs on their properties and even created a how-to video.