It’s a trend that has become popular in the last decade. Purchasing old property with lots of character and renovating it into a dream home.

A couple from Parkhill, Ont.did just that, with a twist.

In November 2020, Kendra Halpenny and her fiancé Shane Cormier bought an old Methodist Church, built in 1898, and transformed it into 3,800 square feet of living space for their family.

But the couple says it wasn’t an easy task.

"We really thought ‘what did we get ourselves into?’ But we fell in love with the ceilings,” said Halpenny.

The 18 foot cathedral ceiling with the original hand-crafted wood work, is just one of the many features that stand out upon entering the home — affectionately dubbed the ‘chouse.’

Not wanting to disturb the pre-existing building and maintain as much character as possible, the couple kept the stained glass windows and the wood framing around them, along with original brick work in many parts of the home. 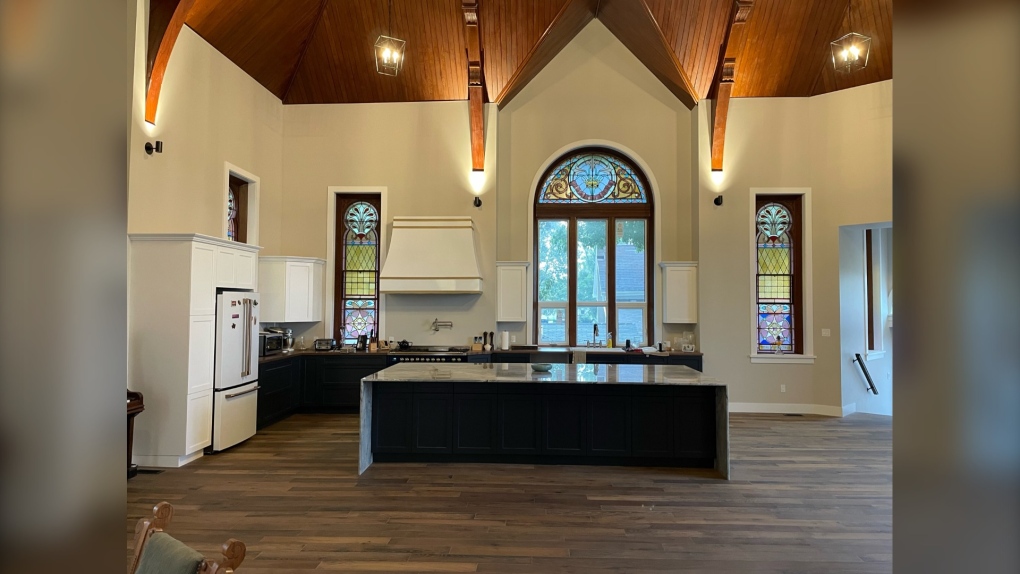 The church, which also came with a barn and half an acre of land, was purchased for $345,000 in November 2020. At the time that seemed like a steal, but with the cost of renovating during the pandemic, the total ballooned to roughly $750,000.

“I think we were pretty naive when we got into this, we had a budget in mind and we blew that up,” said Cormier.

The couple told CTV News the property was essentially a shell and would require a lot of work.

“It was completely gutted from the previous owner. So when we came in there were stairs missing, there were no walls, it was just completely the bare bones of the building,” said Halpenny.

The house now features a grand open concept living space on the main level with three bedrooms and an additional family room in the lower level. 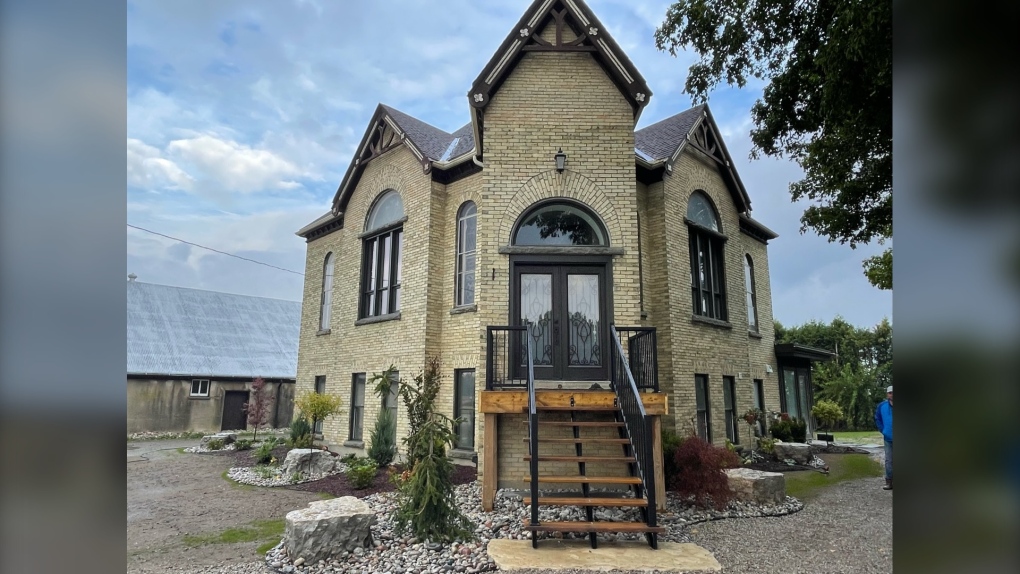 The former Greenway Church turned family home, Nov. 15, 2022. (Reta Ismail/CTV News London)And if you're wondering, since it's an old church and all, if there are any spirits still lingering, Halpenny said... "I don't know if it's my mind playing tricks on me or if you just hear things because it's an old building, but we've definitely scared our daughter a couple of times by telling her we can hear people walking upstairs.”

Despite the lengthy and costly renovation the couple said it was worth it.

"Now that we're here and we see the fruits of our labour, I think we're both happy that we went through the process and we both love the place," said Cormier.

The family is taking their time furnishing their forever home and hope to have a massive Christmas tree in the future, after all, they certainly have the ceiling space for it.

Experts say Canada's plan to increase immigration may ease some pressures in the labour market, but bigger changes are needed to ensure new permanent residents are matched with the jobs that most need filling.

An Alberta First Nation is to sign an agreement today with Ottawa giving it the autonomy to administer its child welfare.

Health Canada is encouraging Canadians to check their cupboards and kitchen tables as the agency has recalled more than 30 types of Indigo-branded items including ceramic mugs, mug ornaments and houseware products due to potential mould contamination.

Radioactive capsule that fell off truck found in Australia

Authorities in Western Australia on Wednesday recovered a tiny but dangerous radioactive capsule that fell off a truck while being transported along a 1,400-kilometre Outback highway last month in what an official said was like finding the needle in the haystack.

Fear of disappointment? This is why you should say 'no' more

Many people have a hard time saying 'no,' a psychologist says, but the reluctance to let others down has widespread mental health impacts.

'We're all Tyre': Family prepares to lay Nichols to rest

The family of Tyre Nichols plans to lay him to rest on Wednesday, three weeks after he died following a brutal beating by Memphis police after a traffic stop.

Tom Brady retires, insisting this time it's for good

Tom Brady, who won a record seven Super Bowls for New England and Tampa, has announced his retirement.

A suspect in a violent kidnapping in Oregon died of a self-inflicted gunshot wound Tuesday night after being taken into custody following a standoff with law enforcement, a police spokesman said.