Children who were subject of Amber Alert found safe 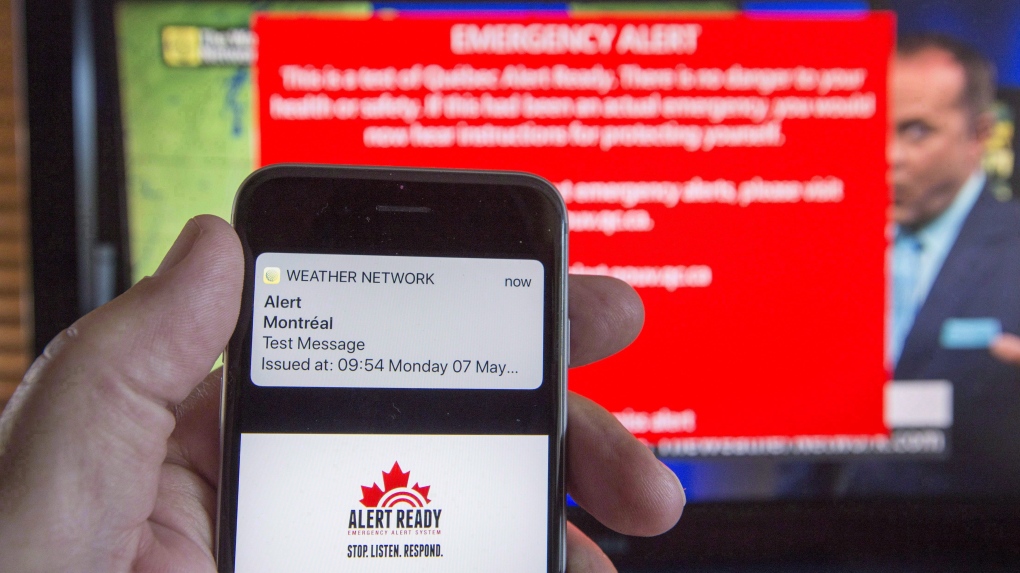 A smartphone and a television receive visual and audio alerts to test Alert Ready, a national public alert system, in Montreal on Monday, May 7, 2018.(THE CANADIAN PRESS/Ryan Remiorz)

LONDON, Ont. - Niagara Regional police have confirmed that the five children at the centre of Tuesday's Amber Alert have been found safe.

Police say the children were found in a rental cottage near Fort Erie Wednesday.

Their father, who was suspected of abducting the children last month, was not arrested at the time.