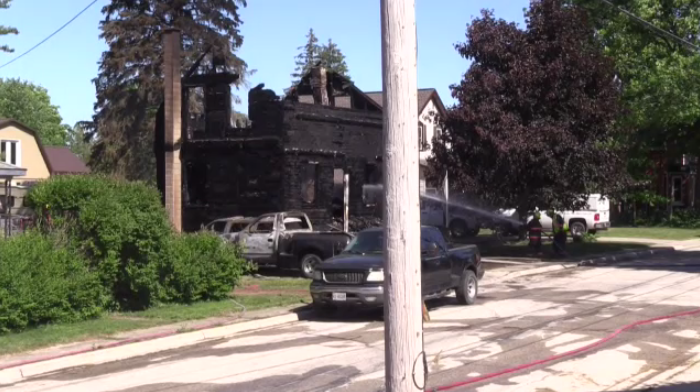 The Ontario fire marshal is expected to return to the scene on Tuesday to continue the investigation.

The victims of Monday's fatal house fire in Chesley have been identified.

Neighbours and friends say John Kramer Junior and his daughters Shailyn and Britnee perished after their house caught fire on Monday around 1 a.m.

Mitchell remains in a London burn unit with extensive burns from the fire.

Investigators don't consider the fire suspicious, believing the fire started somewhere outside the home in a carport area.

The Chesley community has rallied around the family, raising over $30,000 since the fire.