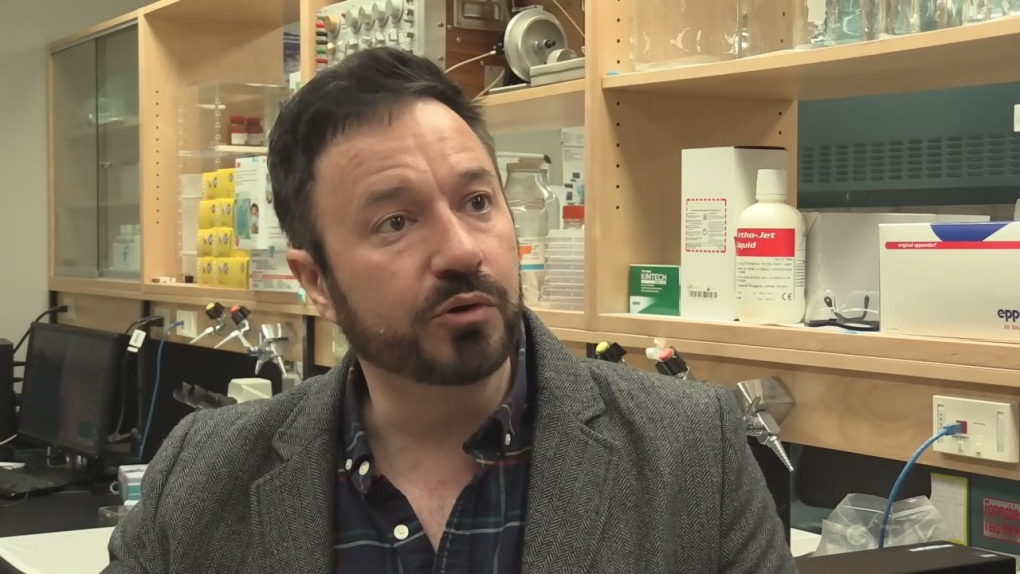 Western University researchers have discovered that a chemical found in marijuana may be an effective treatment for schizophrenia by reducing psychiatric symptoms without the side effects of traditional medication.

The study shows cannabidiol, or CBD, affects the brain in a way that makes it treatment option for schizophrenia.

Paradoxially, this research comes just months after the same lab found that adolescent exposure to THC - the other major compound found in marijuana - may lead to the onset of schizophrenia in adulthood.

"The remarkable thing we were able to show with CBD, which actually acts as an atagonist to THC, is that it can actually shut down and regulate the dopamine system, normalize the dopamine activity, which is what we would expect to have in any sort of treatment to be effective in treating schizophrenia related symptoms,” says Western researcher Steven Laviolette.

Laviolette and his team, led by postdoctoral researcher Justine Renaud, were able to show how CBD could be sued to alleviate schizophrenia-related symptoms.

"We highlight the mechanisms of action of CBD in the brain area that is really important for the anti-psycotic effects,” says Renaud.

One per cent of Canadians have schizophrenia. The onset is normally during adolescence or early adulthood and the symptoms can include withdrawal from friends and family, hallucinations and delusions.

Testing is now underway using CBD as an anti-psychotic in a clinical trial that also looks at other conditions.

"Conditions like epilepsy.. and it's shown some promise in treating emotional traumatic memory disorders, like post-traumatic stress disorder and it also might have some anti-depresant properties as well,” Laviolette says.

While CBD has shown promise as a treatment for schizophrenia in previous studies, this research is the first to show exactly how it acts on the brain to have positive results in mitigating psychiatric symptoms without causing the fatigue, lack of motivation and other side-effects associated with traditional medications.