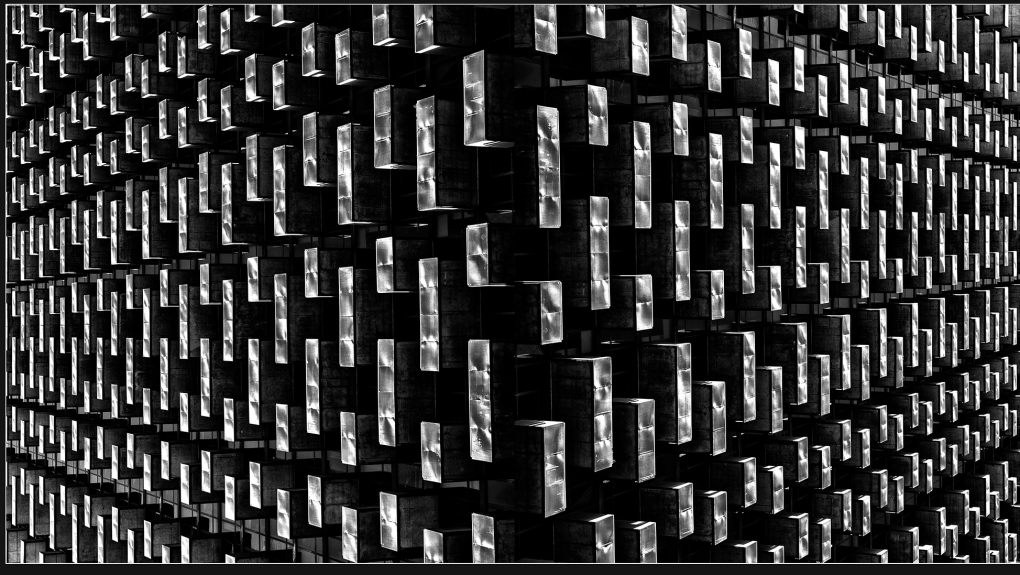 The photo, taken in Chicago last summer, is of a building called ‘The Van Buren Residences.’ Jahanmiri says he has a passion for architectural photography, and when he saw the exterior of The Van Buren, he knew he had to photograph it.

"It was unique, a special design, so I thought of zooming in and trying to take different kind of images, different angles."

Jahanmiri is not your typical college student. For starters, he is a mature student, with a wife and kids. He immigrated to London, Ont. in 2014 from Tabriz, Iran, where he worked as a chemical engineer for a petroleum company.

Due to the instability in Iran, he applied for a skilled worker visa in 2010. Four years later, his family was approved to come to London, where he would attend Western University to complete his Masters in Chemical Engineering.

After graduating from Western, Jahanmiri says he did not want to be idle while searching for a career in his field so he decided to pursue a life-long dream.

"Photography was something I loved since I was a kid. So I thought, while I look for a job in chemical engineering, I might as well start taking this course at Fanshawe College," said Jahanmiri.

During his first year in the program, he surprised himself by winning an award in an unclassified category, competing with second- and third-year photography students.

This past March, Jahanmiri graduated from Fanshawe having maintained a 96 per cent average throughout his studies.

"It’s great feeling. I feel honoured and I take huge pride in this, because I didn’t know photography, I wasn’t experienced. One month before I started this program, I went to Niagara Falls, trying to take a family photo I saw the image and it was blurry."

Jahanmiri hopes his recent accomplishments will help him start a career in architectural photography, while he creates prints of his abstract art, with hopes to start his own business someday.

"These awards mean a lot to me, because it means my hard work has paid off."

To view some of Majid Jahanmiri’s work, you can visit his portfolio site, and his Instagram page.