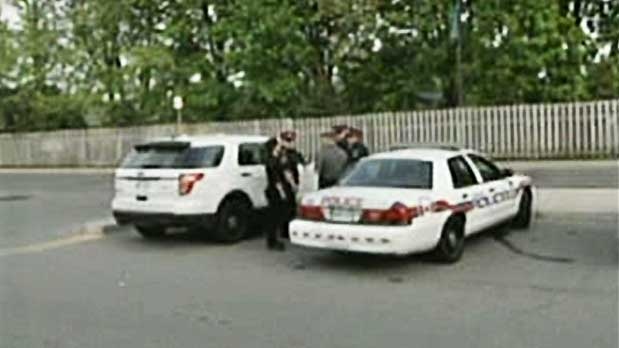 London police investigate after a gun call at White Oaks Mall in London, Ont. on Saturday, May 16, 2015.

A 33-year-old London man has been charged in connection with a gun call at White Oaks Mall on Saturday.

Police responded to the mall's south end parking lot shortly after 6 p.m. for reports of a man with a rifle.

After a short pursuit, during which a police firearm accidentally discharged into the ground, a man was taken into custody.

As a result, Jeremy Allan of London is facing charges including; pointing a firearm, possession of a weapon dangerous to the public, resisting arrest, possession of a Schedule II substance and enter premises when entry prohibited.

A pellet gun was recovered at the scene.

Allan was being held in custody pending a court appearance on Wednesday.