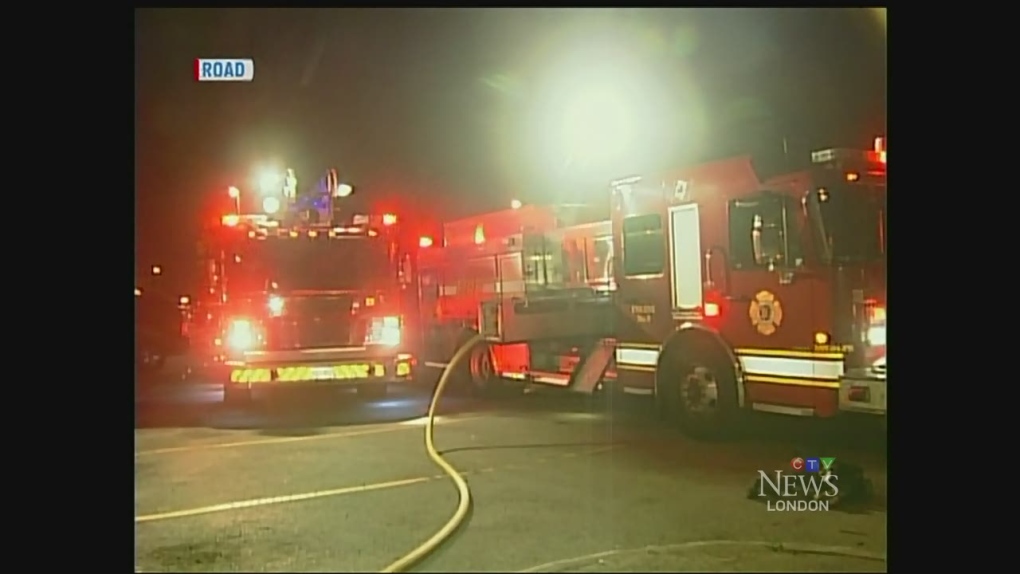 Emergency crews respond to an explosion and fire on Southdale Road in London, Ont. on Friday, Aug. 15, 2014.

London police have charged a 26-year-old man in connection with the explosion and fire at a townhouse at 1217 Southdale Road East on Friday.

Emergency crews were called to the scene around 8:15 p.m. on Friday and the townhouses were evacuated.

An investigation by the Arson Unit of the Criminal Investigation Division found evidence of marijuana oil extraction being conducted within the unit.

As result, Rueben Garcia has been charged with:

In total police seized drugs valued at $53, 490, but officialsy say there is no further danger to public safety due to chemicals at the scene.

No injuries were sustained as a result of the explosion which caused approximately $600,000 of damage and left three families homeless.

Police continue to seek the identity of a male who was observed running from the unit shortly after the explosion. He is described as Hispanic or Native, 5'8"-6' tall, heavy set, with short dark hair.