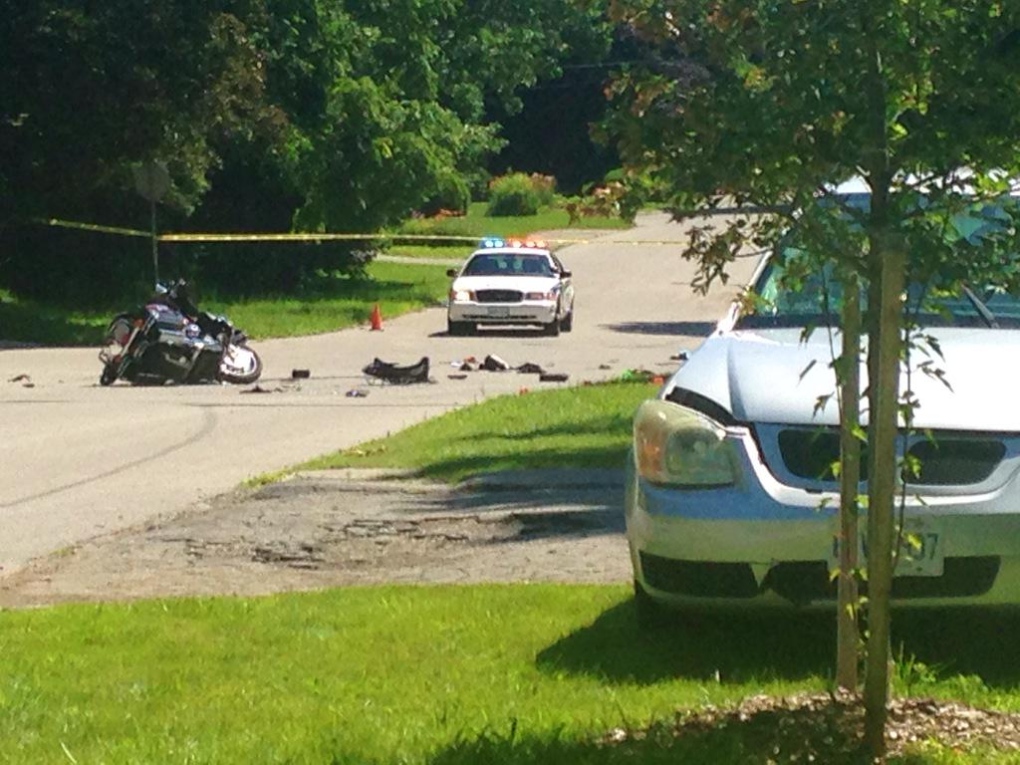 London police investigate after a motorcyclist was hurt in a crash at Gladstone and Russell avenues in London, Ont., on Thursday, July 16, 2015. (Colleen MacDonald / CTV London)

London police have charged a 29-year-old woman after a crash at Gladstone and Russell avenues on Thursday morning.

Emergency crews were called to the intersection around 8:30 a.m. following a crash involving a car and a motorcycle.

The driver of the car, Amber McCabe of London, was arrested at the scene for impaired driving and taken to police headquarters.

However, police say she refused to participate in a drug recognition evaluation. She also did not have current insurance for her vehicle.

In addition, while being searched, police say she was found to be in possession of another person's wallet and GPS, both taken from different vehicles the night before.

As a result, McCabe has been charged with:

She was scheduled to appear in court on Friday.