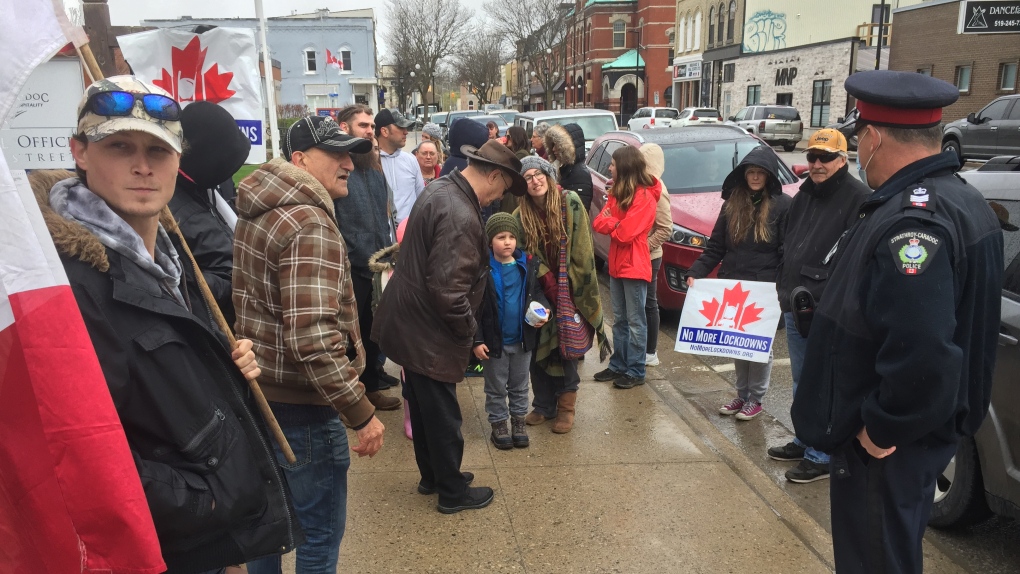 In a statement, police said that some demonstrators left without further incident while others refused to.

A smaller demonstration was held on Thursday over COVID-19 lockdown measures, protestors were given a warning by police.

As a result of Saturday's protest, four individuals were charged with the above noted fine under the Reopening Act and face a fine of $880.00. A charge of unnecessary noise under section 75(4) of the Highway Traffic Act was also laid in relation to the incident.

The Strathroy-Caradoc Police continue the investigation.