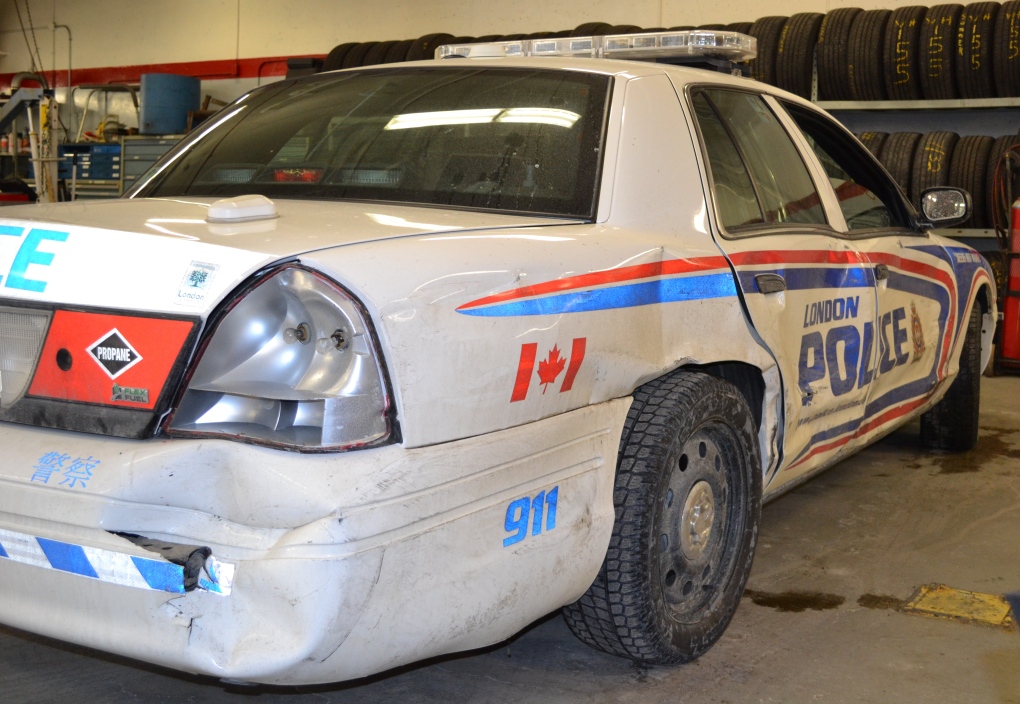 In this photo provided by the London Police Service, a damaged cruiser is seen following an incident in the area of Proudfoot Lane and Oxford St. W. on Wednesday, Feb. 4, 2015.

London police have laid charges after a woman was allegedly found trespassing and then rammed several police cruisers.

Officers were called to the area of Proudfoot Lane and Oxford St. W. just before 7:30 p.m. Wednesday for reports a woman was trespassing at a nearby apartment building.

Police say the woman was found in a vehicle parked on the property.

But when officers attempted to speak with her, officials say she drove her vehicle into a cruiser before driving away.

Officers reportedly tried to engage her twice more before she lost control of her vehicle and was arrested.

In total, two marked and one unmarked police cruiser were damaged. No one was injured.

As a result of the incident, 72-year-old Helen Nemeth, of no fixed address, has been charged with two counts of dangerous operation of a motor vehicle and flight from police.

She made a court appearance on Thursday.