Charges laid after firearm, cache of ammunition seized in London 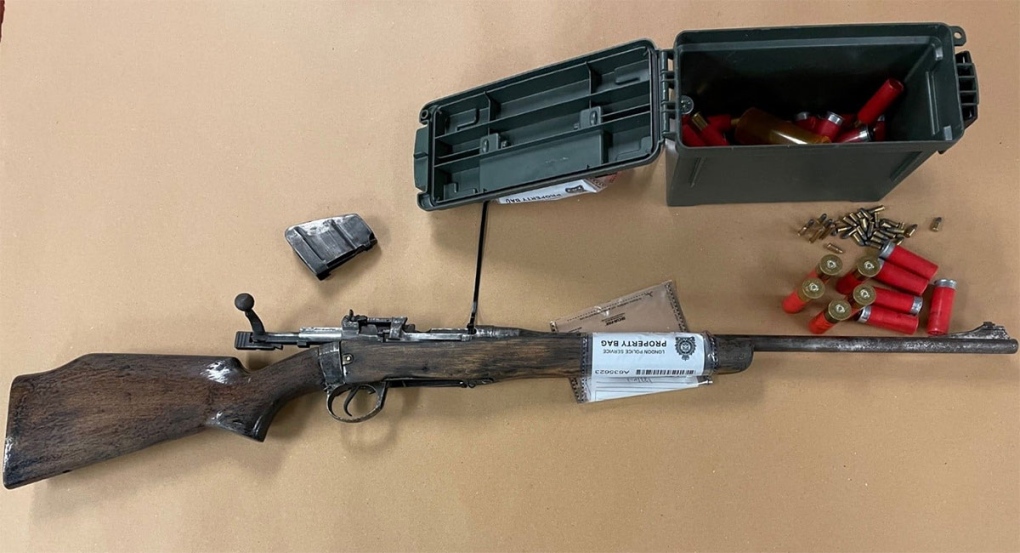 A firearm seized in London, Ont. on Tuesday, Oct. 20, 2021 is seen in this image from the London Police Service.
Middlesex Centre, Ont. -

London police have seized a firearm and a large quantity of ammunition following a search of a location in the city's southeast end.

Officers executed a warrant in the 700 block of Shelborne Street on Tuesday afternoon.

As a result the following items were seized:

As a result of the investigation a 28-year-old Sarnia, Ont. man has been charged with possess firearm other than restricted or prohibited firearm knowingly not holding a licence and careless storage of firearm, weapon, prohibited device or ammunition.

He is expected to appear in court Wednesday.