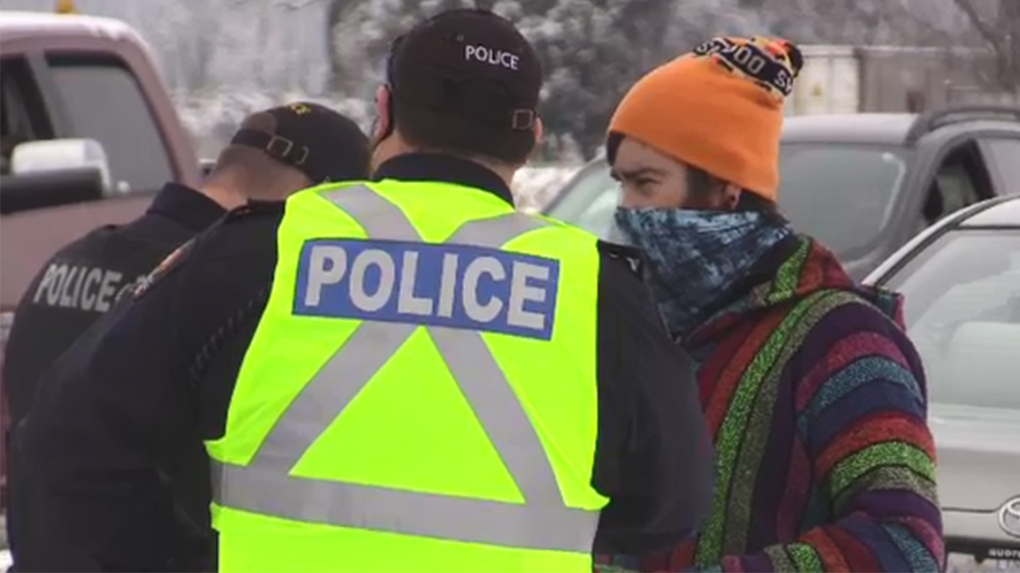 Police speak with a protestor who entered Church of God property in Aylmer, Ont. on Jan. 3, 2021. (Brent Lale/CTV London)

MIDDLESEX CENTRE, ONT. -- Aylmer police have charged a 34-year-old man for disrupting a church service during a roadside protest on Sunday.

Officers responded to the Church of God on John Street North in Aylmer around 10:30 a.m. during a church service.

Protesters had gathered along the roadway to express their concerns about the church's stance against COVID-19 regulations and told CTV News the negative publicity is affecting the town's residents.

Police say one man got into a "heated verbal confrontation" with church members on the church's private property, then moved toward the pulpit and used a megaphone to shout obscenities, disrupting the service.

He has since been charged with disturb meeting - religious worship under the Criminal Code.

Police say while they respect everyone's right to peaceful assembly, public safety is their priority, and those who "choose to engage in unlawful activities and contravene current Emergency Orders will be charged accordingly."

They say 56 per cent of those at the service and the counter-protest were from areas outside of Aylmer.