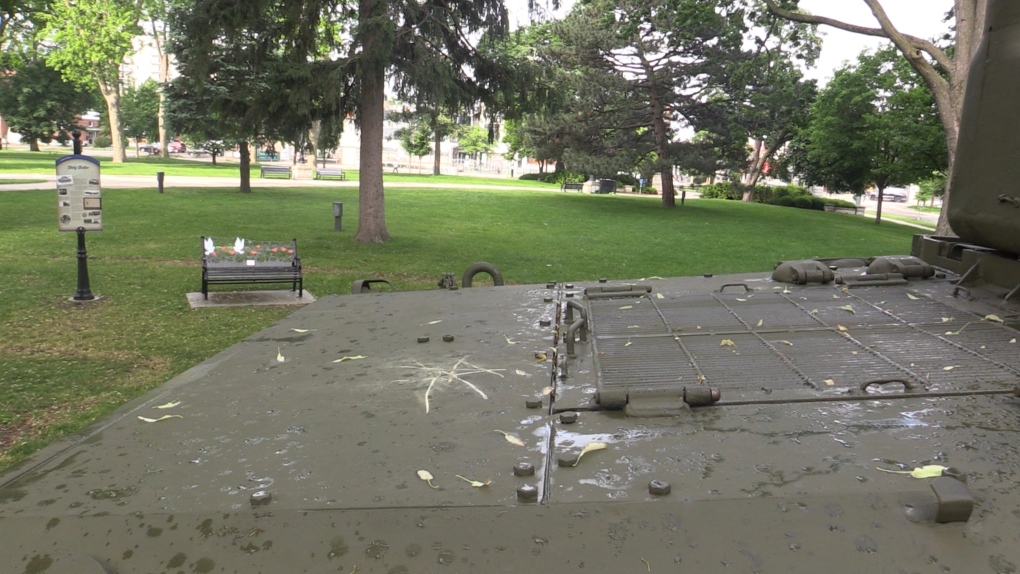 The Holy Roller tank in Victoria Park in London, Ont was vandalized with an angle grinder on Saturday, June 11, 2022 (Brent Lale/CTV News London)

A London, Ont. man has been charged after the newly-restored Holy Roller sustained $6,000 in damages over the weekend.

Around 4:45 p.m. on Saturday, police say they were contacted after a citizen who saw a man sitting on top of the Holy Roller using a grinder.

A suspect description was given to police and when officers arrived on the scene, saw a person matching the description given, standing on top of the Holy Roller.

According to police, a 44-year-old was arrested without incident and is charged with mischief to war memorial in cemetery.

The damage came just days after the city removed surveillance from the site in Victoria Park.