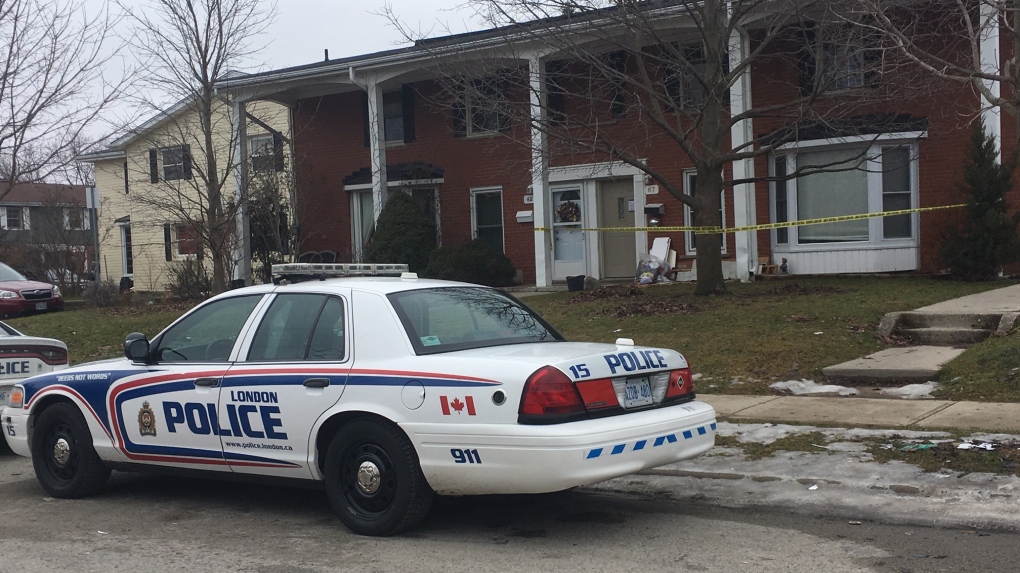 Police investigate after a man was hit with an arrow in London, Ont. on Tuesday, Feb. 5, 2019. (Jim Knight / CTV London)

The murder charge in the death of 46-year-old Brian Maksoud has been upgraded and two others are now also facing charges.

Maksoud died after being hit by an arrow at an Arbour Glen Crescent residence shortly before 1 a.m. on Feb. 5.

A week later, 35-year-old Kevin Brandon Hartman of London was charged with second-degree murder in the case.

Police say Maksoud and Hartman were known to each other, but no further details on their relationship have been released.

On Wednesday, police said that further investigation prompted them to upgrade the charge against Hartman to first-degree murder.

He is scheduled to appear in court on April 16 in relation to the charge.

Investigators have also charged two others in connection with the homicide.

Paul Wayne O'Connell, 47, of London, has been charged with being an accessory after the fact to aggravated assault.

He is being held in custody pending a court appearance.

And 26-year-old Amanada Tait of no fixed address has been charged by warrant with being an accessory after the fact to murder.

She is described as about 4'11" tall, 110 pounds, with long blonde hair, green eyes and numerous tattoos on her forearms, chest, waist, left calf and right ankle.

Anyone with information on her whereabout is asked to contact police or Crime Stoppers.