Canadian Country Music Awards (CCMA) Week has exposed just how difficult the pandemic has been on musicians.

"I'm not going to sugarcoat, it's been very hard for me personally," says Aaron Goodvin, an Alberta native who is nominated for two CCMA awards.

"It's just not seeing people, not being able to be in front of them, or not saying hello to people at work at hotels. That's a big part of what we do so I have missed that.”

Goodvin has played just five Canadian shows since the pandemic, when he would normally play five in a month.

Tim Neufeld, the lead singer of Tim and the Glory Boys (TGB) agrees with Goodvin, and says the COVID-19 restrictions have hurt Canadian Artists more than their American friends.

"We love it here in Canada, and London," says Neufeld, whose group is nominated for CCMA Group of the Year, and a rising star award.

"Even though this is an industry thing, when you think something might not come back or maybe touring is going to be different forever, to be able to come back and even just do this thing with all of the precautions and everything, it's just like water to the soul.”

Tim and the Glory Boys will stick around after Monday's award show and play Thursday night at London Music Hall (LMH) as an opener for Tenille Townes. 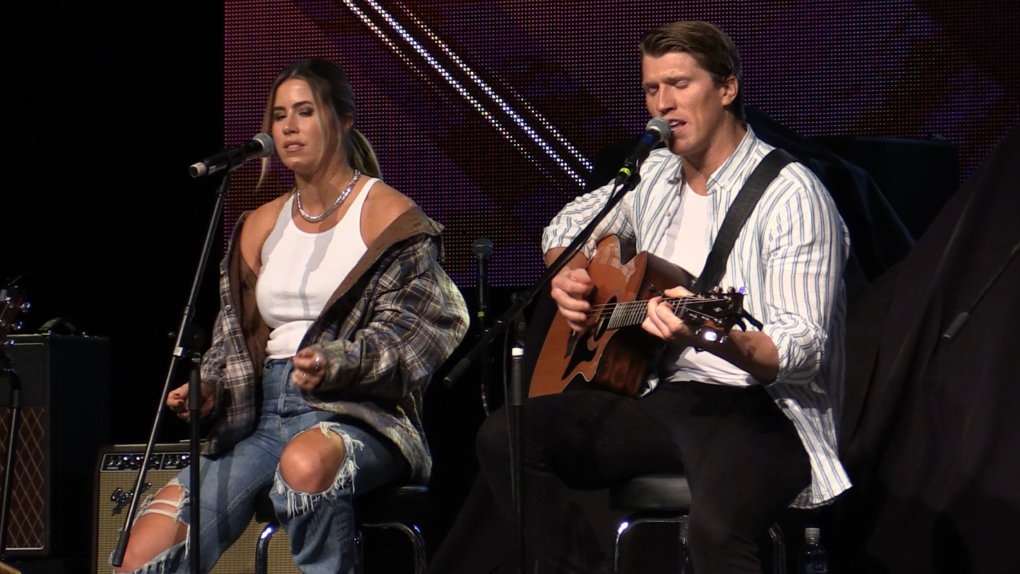 The LMH was closed for over 600 days during the pandemic, but Tourism London hopes seeing artists back on stage, and music fans in the building will kick start the economy.

"You never know how it (the economy) is going to bounce back," says Natalie Wakabayashi, director of culture and entertainment for Tourism London.

"To be able to see our hotels back up to some really great capacity numbers, to see the venues full with events and even this weekend we filled not traditional music venues. I've got restaurants hosting private parties, so it's really, really exciting and some big sigh of relief".

The Hilton DoubleTree in downtown London, Ont. is the CCMA headquarters.

"The city has a vibe which is coming back again, which was before pre pandemic," says Sumit Bhatia, general manager of the Hilton.

In 2019 the hotel was around 80 per cent occupancy, and that dipped to as low as five to ten per cent during the pandemic. They've bounced back to about 50 per cent now, and Bhatia hopes the trend continues into 2022. 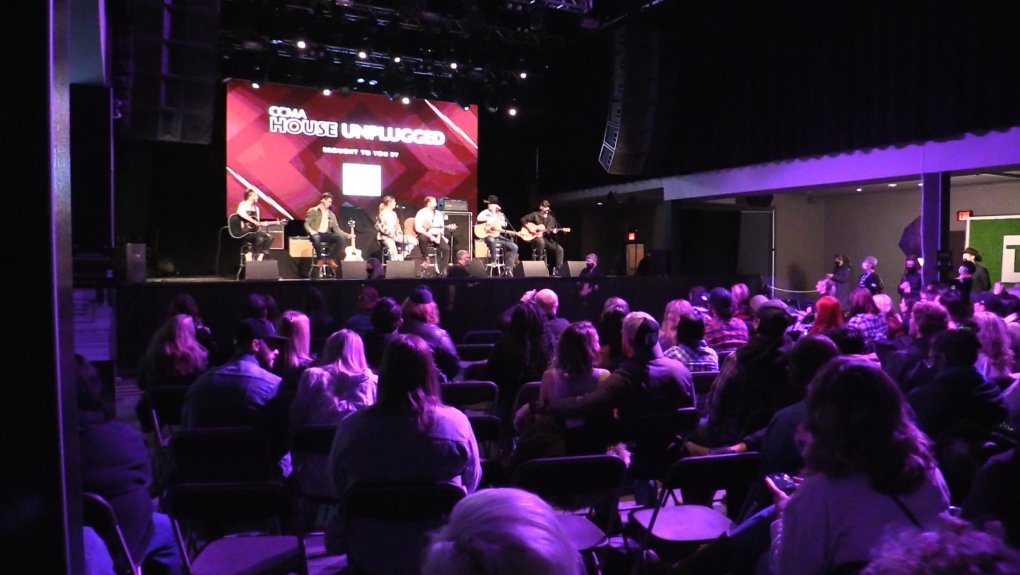 The London Music Hall in London, Ont. re-opened recently after being closed for more than 600 days during the pandemic. The venue was the host of CCMA House during Canadian Country Music Awards week. (Brent Lale/CTV London)

"It's not only good for the hospitality industry but it is good for restaurants, coffee shops and everybody," says Bhatia.

"We need more events because you even can see it with transportation as well. Look at all the cars lined up from country music.”

Tourism London feels this is a 'step in the right direction' after proving a large event can be done safely.

Monday's live award show at Budweiser Gardens will only be streamed for the first time, and will air on network television at a later date.