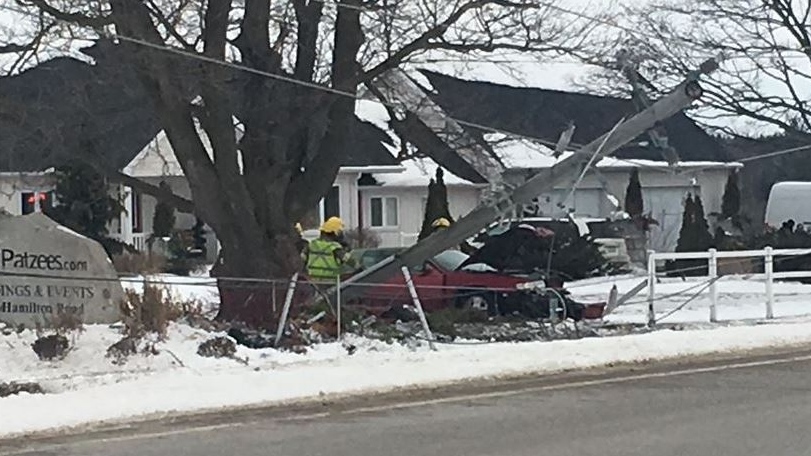 LONDON, ONT. -- Hamilton Road was closed to traffic in both directions near Nilestown Sunday after a car drove into a hydro pole, knocking it down.

Emergency crews were called to the area of 2648 Hamilton Rd., just east of Westchester Bourne, shortly before 12 p.m. Sunday.

The driver of the vehicle managed to get out but there was significant damage done to the pole.

Hydro One crews were called in to replace the pole and fix the lines.